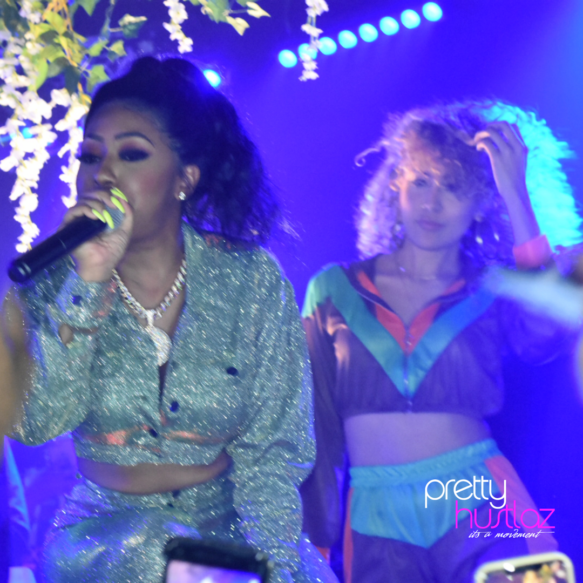 The Pretty Hustlaz kicked off Art Basel season with the Miami Soundwave showcase which took place at SQL Miami.  Like most spots in Wynwood, it’s an inside/outside type of venue which I loved because I caught two different vibes. The outside set up was super chill and relaxed with plenty of seating. Have you ever been out and you realize you forgot a lighter and now you’re tempted to ask random people for theirs? Well, this event was sponsored by Fire Grabba and they had free wrap and lighters everywhere. Problem solved. The food was amazzzinngg, it was catered by Chef Sco, he had jerk chicken and waffles on the menu for us. He even had a vegan option available. FANCY!

Now what really surprised me was the dope nail tech (@p huckurnails) out there giving bomb manicures. However, I didn’t get a chance to get one but the fact that the option was available had me shook! The photo booth that was there was off the chain, not your ordinary boomerang or snapshot. Maybe it was the big gold backdrop that kept me coming back or the dope props but I hit it up multiple times.

(check my IG stories for the selfies @TheNuesstand)

Throughout the night we actually heard from three dope female DJ’s Bonnie Beats, DJ Kramer, and DJ PeeWee. After that Pilly Mae, Yung Miami from the City Girls and La Goony Chonga hit the stage and turned the club up! You can catch that exclusive footage in our Art Basel wrap up later on. Now on the inside, it was a completely different vibe and a different DJ! More of an intimate club scene, which personally I enjoy over the larger clubs especially when performances are involved.

Resha aka Yung Miami came through giving us major bling vibes wearing a custom sparkle 2 piece (jacket and jeans) designed by Shane Justin. She held it down alone as we await the release of JT, performing some of our favorite City Girl songs like “Where The Bag At?”,  “Twerk”, “Tighten Up”, and “I’ll Take Your Man”. The crowd had her back reciting every lyric and dancing to every song. They were showing her that genuine hometown love that every new artist longs for. It was LIT!

Well, that’s a wrap on day number 1! Stay tuned because we’re coming at you with exclusive coverage from Art Basel all week!

Check out the exclusive pictures from the Miami Soundwave showcase below! 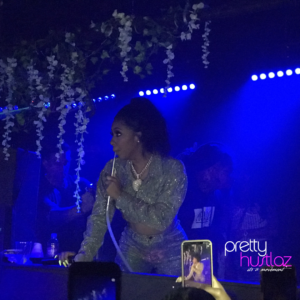 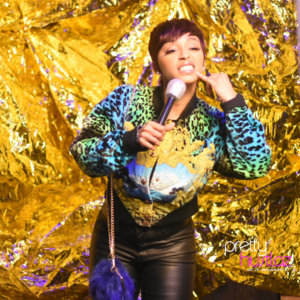 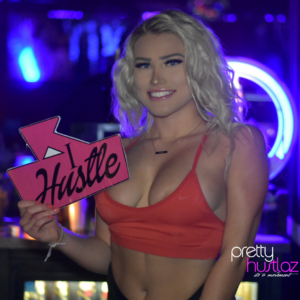 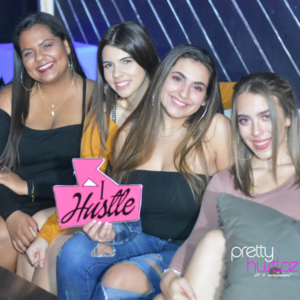 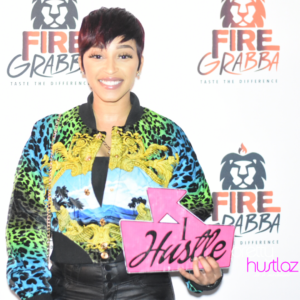 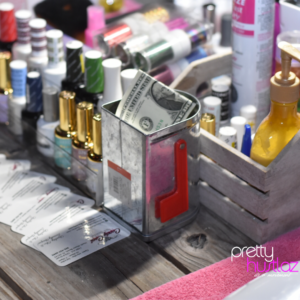 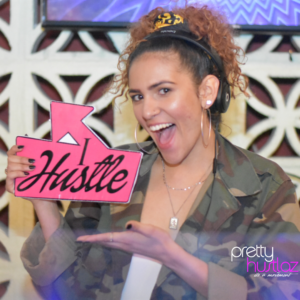 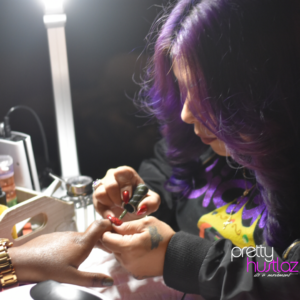 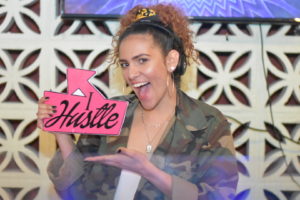 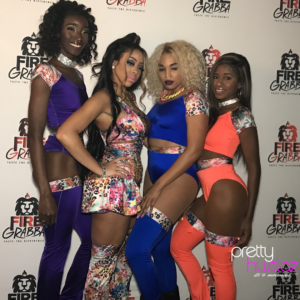 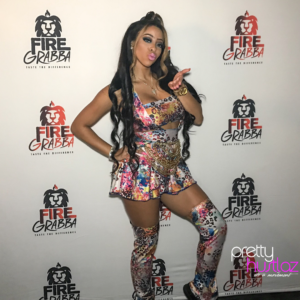 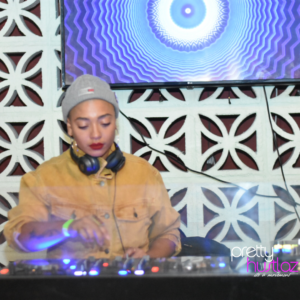 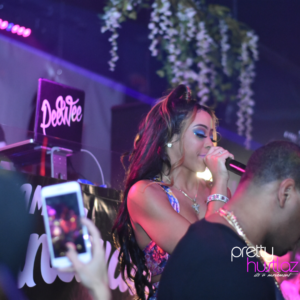 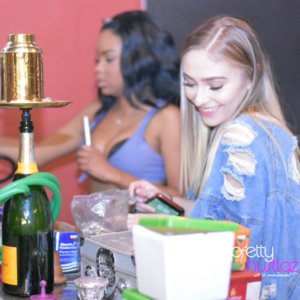 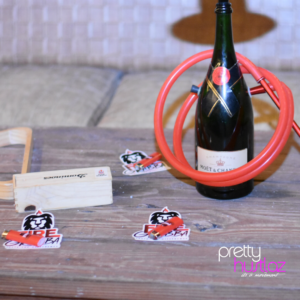 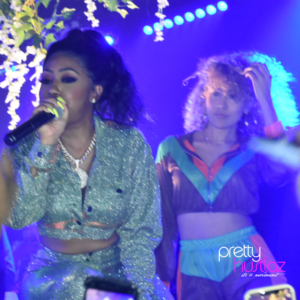