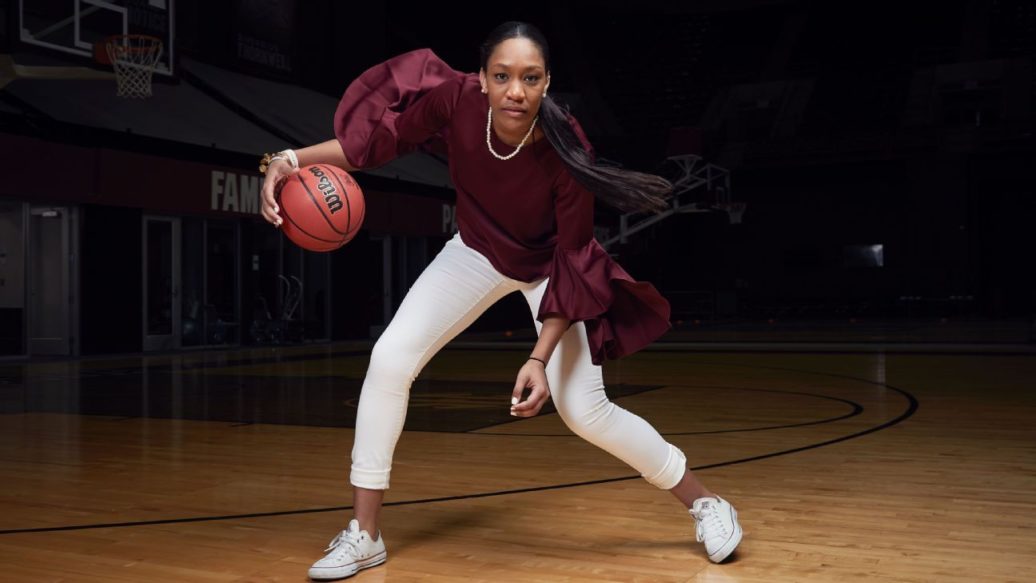 Lebron James’s new Laker contract was the topic of many conversations. The NBA star signed a four year deal with the Los Angeles Lakers for 154 million making him the highest paid player ever career wise. Following the big announcement, WNBA Top draft pick Aja Wilson tweeted “154M ……….. must. be. nice. We over here looking for a M but Lord, let me get back in my lane” Fellow WNBA star Skylar Diggins-Smith co-signed the rookie’s tweet with a retweet captioned “A little bit louder now!! But get yo money black man” Both ladies made it very clear that their intention was not to take anything away from Lebron, they expressed how much they loved the NBA player. Like most conversations all it takes is for one to speak up and other’s will follow. Aja’s teamate Kayla Mcbride was not here for those looking to dismiss the players’ concerns over the gender pay gap. “I don’t wanna hear anything or anyone who doesn’t walk in my shoes every day talking about salary in the WNBA. We deserve more. Period. If you don’t like it. Or watch it. Or whatever. Stay in your lane homie because you not out here hoopin every night. Like I Am” Kayla brings up a good point. Telling someone who spends time away from their families and puts an unlimited amount of effort into perfecting their craft they shouldn’t be paid more because “you don’t watch it” is out of line. 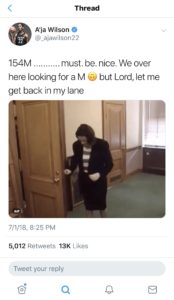 The ladies were met with some harsh criticism. The tweets ranged from opinions stating they  were undeserving of being paid more to being instructed to “get back in the kitchen”. Of course, the majority of the tweets were from men. Total Sports Pro tweeted the headline “WNBA player asks why females aren’t paid like Lebron. The most frustrating part of any conversation women attempt to have about the gender pay gap is having their words twisted. Nowhere in the twittersation did Aja state she expects to get paid like Lebron. A conversation about the players being severely underpaid was easily shifted to being about Lebron. The fact still remains that benched NBA players get paid more than the top players in the WNBA. 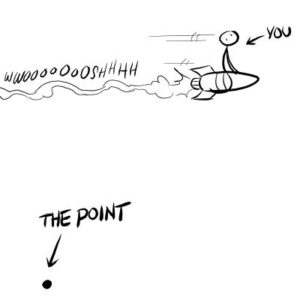 There are some factors that play into why the WNBA players make so much less than that of the NBA. According to a recent Black Enterprise article, the women’s league generates substantially less revenue and receives less money in its broadcast rights deal than the NBA. WNBA teams also play 34 games in a season for about four and half months if they don’t make the playoffs. By comparison, NBA teams play 82 games in the regular season for six months while the finals can stretch the season another two months. These realities don’t negate the fact that addressing the salary of the WNBA is way overdue. Forbes reports that NBA pays its players about 50% of league revenue whereas WNBA players receive less than 25% of the revenue. This is what Wilson wanted to bring to the light.  When a fan taunted her about the vast difference in the amount of revenue brought in by the WNBA compared to that of the men she responded “We get less than 30% revenue vs the guys get 50%….. >><<>><<>><”  Despite being ridiculed, laughed at, and flat out trolled,( Aja made it clear her mentions were in shambles) She didn’t fold under the pressure of this whole ordeal, when asked how she felt about the way things went down she replied, “I’m happy to be able to stir the pot”