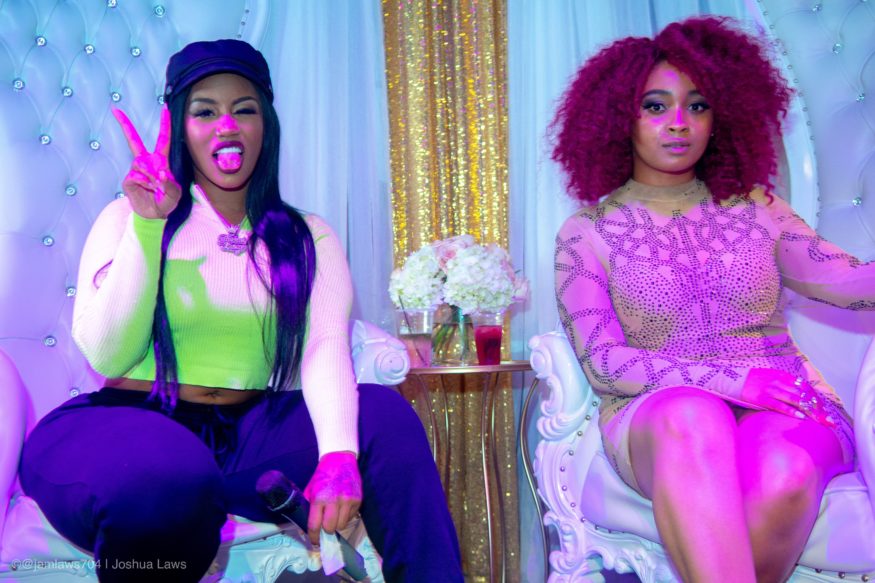 The Jamison Agency held the Vibin With JazzyB live taping Thursday night at Power Out Studios in Charlotte, NC. During this full to capacity star-studded three-hour special, celebrity blogger/ host Jazzy B curated her first live taping of her show “Vibin With JazzyB.” With being full to capacity, singer Jhonnie Blaze performed her newly released single Bon Apetit and a preview of one of her current singles.

Vibin With JazzyB’s live taping was a private RSVP only event. Coming from the Carolina’s all over, each audience member was carefully selected to attend the taping. The audience members who came out to the show enjoyed a one on one interview with JazzyB and Jhonni Blaze, excellent food catering provided by Chef John, and a dance routine from the show’s dancers. Guests of the show also enjoyed Signature “JazzyB Dazzle” drinks from our special on set bartender, a epic dance battle (sounds provided by DJ Gallis The Guru), and a intimate meet and greet with Jhonni Blaze. Special guests in attendance were beauty/fashion influencer Lynn Spirit and social media sensation Cap Dollaz. The show will air October 6th at noon EST on all platforms Jazzy B. The broadcast schedule is available at www.jazzyb4real.com.

The Live taping show of Vibin With JazzyB is sponsored by Power Out Studios and Events by LSM LLC, executive produced by Jasmine Byrd (JazzyB) with Cherisse Jamison serving as the Publicist of the show . For more information on Vibin With JazzyB, please visit http://www.jazzyb4real.com and connect on social media @Vibinwithjazzyb and #vibinwithjazzyb. 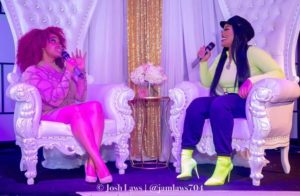 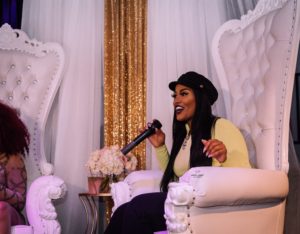 Additionally, Jasmine does more than conduct interviews, correspond on Red Carpets, Host Events and shows. She’s styled celebrities like Shad Moss a.k.a. Bow wow while also doing make-up for celebrity photo shoots. Staying true to her Motto “I was not Created to entertain The World; I was Created to Change the World in an Entertaining Way.” JazzyB have found a twist on celebrity gossip and scandal where That Stories Won’t Be sold But Told!

Jazzy, has her own talk show, “Vibin With JazzyB,” which airs on YouTube, her official website, I Heart Radio, and soon to be televised throughout North Carolina. In addition to her talk show, Jasmine also travels as a media correspondent, in which she conducts interviews for exclusive screenings, events and award shows. “Vibin With Jazzy B”, is a comfortable experience and opportunity for our guest to be themselves, tell their truths, and have an intimate experience with their fans. We offer free access for fans, a DJ, free food and free drinks, and offer a small meet and greet for the fans who RSVP as well.