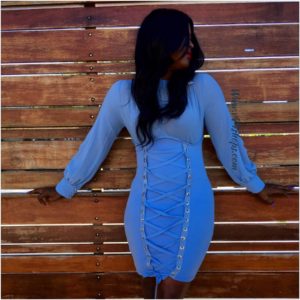 When you think of Miami fashion you probably envision pastel Bermuda shirts and beach sandals extended even through winter seasons. For a city once only known for R&R and retirement the stereotypes of Miami’s lax lifestyle has since changed with the emergence of the city’s club scene and pop culture’s depiction of Miami through music videos and film solidifying Miami one of the world’s most desired vacation destinations. With so much to do in a city that offers tropical beach life in the days and a party club scene at night, it’s no question why owner and socialite Vanessa Floyd opened V74 Boutique in 2008. Hailing from the bottom of map, Miami native Floyd wasn’t as accessible to fashion-forward clothing like New York, Los Angeles or Europe was, so dreams of owning her own boutique were already sought after at a tender age.

With V74 Boutique having only four years under their belt Floyd has already managed to make a name for her boutique all throughout South Florida’s tri county area which doesn’t come as a surprise to many locals considering Floyd’s popularity within the Miami social scene. Influenced by designers like Tom Ford and Diane Von Furstenburg, Floyd incorporated loud vibrant colors compared to Miami’s South Beach deco and centric bohemian flare to identify V74 Boutique as her own. Catering to customers fashion demands, Floyd is always a flight away just to keep V74 Boutique stocked with the hottest trends from coast to coast. Carrying an array of clothing designers like Wildfox Couture, and Stellar Leggings, to this season’s most popular earrings from POParazzi accessories (as seen on reality shows Basketball Wives and Love & Hip Hop). 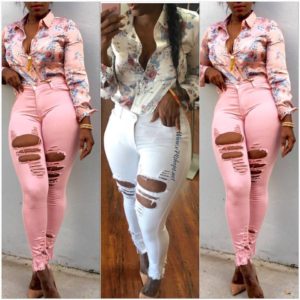 From local clientele, to out of state fashion babies and celebrity clientele, hip hop vixens and one of Floyd’s biggest supporters rapper Trina and R&B songstress Mya have been seen wearing V74’s clothing. Already gaining local media attention in two fashion shows and Black Women’s Magazine, V74’s been stirring up quite a few waves on internet blogs as well.

Just like Floyds west coast fashion influences from Kitson and the well known Robertson Avenue in West Hollywood, California Floyd looks to expansion of her boutique and her upcoming website within the near future. Her growth as a business owner and V74 Boutique’s main buyer she also plans to embark into personal styling. 180 NW 183rd St Suite 111 Miami, Florida (305) 651-6600.

Check out other amazing businesses in the Pink Directory TODAY !