Chrissy & Mr.Jones Back to the Screen?

Reality TV is the new climb to stardom for most celebrities today.  Whether they are a rapper, or stylist, or oubliciist, the screen is their best bet at getting exposure and recognition for their successes worldwide.  This trend started with a few simple celebrities allowing the masses to enter their every day lives. 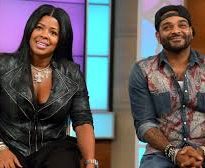 The first couple to recieve a spin off of popular VH1 series Love & Hip-Hop New York, Rapper Jim Jones and his wife Chrissy Lampkin are two of those people that made the cut and entered the echelon of reality TV stars.   Their show on VH1 called Chrissy & Mr. Jones premiered in the fall of 2012.  It was brought back for a second season due to consumer ratings, but after that the couple, their fame and their show slowly diminished into the shadows. 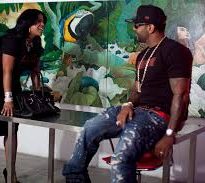 As we all know, once a reality celebrity, always a reality celebrity.  The case is no different for these two either.  Jones and Lampkin may have found their way back to everyone’s home screens.  This time on a different network, and for a different purpose.  It was rumored that the couple were going to be making an appearance on the next season of WeTV’s Marriage BootCamp, to continue to work on the problems we clearly saw displayed in LHHNY and C&MJ.  Lampkin posted something on instagram referring to their new apearance, but took it down shortly after she didn’t recieve the attention she thought she would.  We aren’t sure what will happen with the couples marriage or their reality TV status, in this day who really can predict anything.  We will be sure to keep you updated though. Stay Tuned!