Musicians and the publicity the world affords them makes them the perfect spokesman, or spokeswoman in our case.  This is one of the ways that pop sensation Rihanna has made her place in the game a lot more solidified than other artists that have tried their claim to fame.  Rihanna recently dropped one of the most anticipated projects of her career, ANTI, releasing it with an impactful sponsorship from Samsung on all of the released commercials.  Not to mention, working on her upcoming line of Puma footwear and is in the middle of a lucrative three year creative directive contract with Stance Socks; Yet the star is still finding room to make and break new molds. 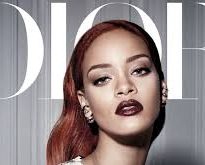 This week images from Rihanna’s shoot with Dior were released.  What does that mean for Rihanna you say?  Lets just say, she will be creatively influencing the world from head to toe now that this endorsement has been finalized. Rihanna is officially the first woman of color to be a spokeswoman for the company since they have started their specific cinematic campaign for products in the early 90’s. 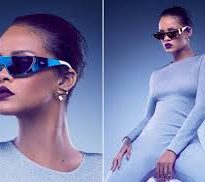 The deal was like cake to the star.   “The (design) process was pretty seamless. I spent a day at Dior with their eyewear design team. I started by looking through all the archives to see what they’ve done in the past, then got acquainted with all the new materials. I literally sat there and drew and drew until I was happy with the design, and the team illustrated it for me right then and there. We picked materials and colors that same day, and after that it was a matter of weeks before I saw the first prototype.”  Rihanna opened up about the experience to TMZ.  She designed sunglasses of an old school 2000’s style shades, yet with a hint of futuristic personality to them.  Rihanna is the first of all of the brand ambassadors for Dior to ever get a chance to influence the creative design process of the product, and she’s exceptionally proud of it.  In another comment she mentions that she is elated to open this door not only for females, but females of color and diverse nationality.

“We are very pleased to partner for the second time with Rihanna,” said Dior chief executive officer Sidney Toledano. “She is an artist, an entertainer, an entrepreneur, a philanthropist, and a style icon for today’s generation.”

They will be sold exclusively at Dior stores starting in June in a variation of 6 colors and will be starting out at $840.00 retail value.  That’s not the price for the 24-karat gold plated pair either.  They are a little pricey, but the brand that Rihanna is creating for herself, who knows, maybe her fans will go the extra mile to really look just like Rihanna during this Summer 16.