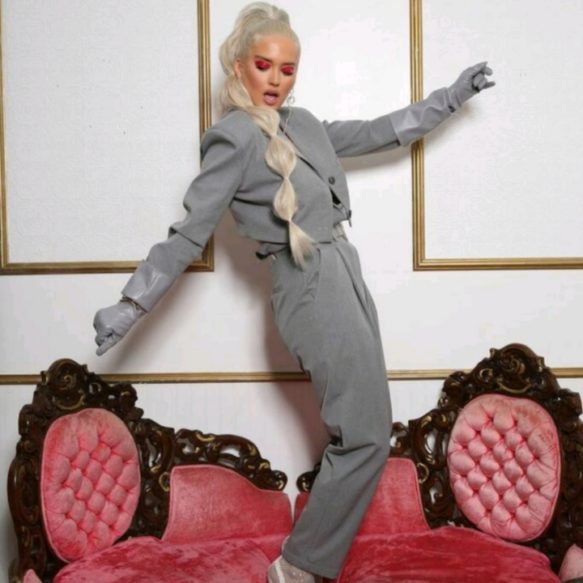 The focus track for the EP is the close out with So Fire. This track has that smooth bop beat and soulful feel-good vibes from Macy’s undeniable, enchanting vocals. One of the most up-beat songs on the EP, So Fire radiates fun and femininity as Macy Kate gushes about an exciting night out with a new flame. Her confident personality and willingness to take risks shines through in lyrics, “It’s that chemistry, feel that energy; I’m not afraid of dancing in with the devil.” Get ready to grab your girls because any function with this track in the playing will be sure to be So Fire.

Macy Kate: “‘So Fire’ is all about forgetting about your worries and just living your best life. I wrote it about a time I went to New York City with three of my best friends and had the best night I’ve ever had in my life. It was just an ongoing night that never ended. I will never forget it. It was pure bliss and joy of just being together and forgetting about our worries in life and focusing on each other and what’s important. ‘Good Time’ was about a situation I was going through with a guy I was dating. We were at a party and all he wanted to talk about was our relationship and I was just not in the mood. We were at this dope house party in LA and I just could not be bothered LOL. This song is all about having a good time and letting go of all problems. Not letting anything ruin the present moment. Knowing there’s a time and place for everything. ‘What They Say’ is about the strength of a relationship. Something that everyone wants. Stability, strength, and trust. Knowing someone is down for you at all times. No matter what they say.”

Each song on the EP tells a different part of a story and it evolves as you go through eac song, bringing an elevated level of storytelling. Macy Kate is a strong, empowering example for the younger female generation as an artist and a young female who pursues her dreams through hard work, depth, authenticity and serious devotion.

Macy Kate: “So many talented people featured on the EP. Brittany B wrote on ‘Good Time’ with me. She’s absolutely incredible and so talented. Tommy Brown produced ‘So Fire’ who is unbelievably talented yet so humble. Harmony Samuels produced ‘Good Time’ who also is pure talent. Honored to have them be apart of the ‘Cry For Help’ EP.”

Macy Kate was discovered by Flo Rida and toured with him as the lead female vocalist on tour for his legendary tracks My House and Wild Ones. She has had premieres on her music releases with MTV, Billboard, Bello Magazine, PureWoW, and Digital Journal, to name a few. She sky-rocketed with YouTube success when she began creating video content of cover songs and gained a large following and audience.

Macy made her TV debut on the first season of ABC’s Rising Star. She has over 1.1 million subscribers on her YouTube channel, which has garnered over 100 millions of views to date. She has over 300k followers on TikTok and 193k followers on her Instagram, with a very loyal and engaging fan base throughout all platforms.

Her previous song Can’t Get Over Us was included in Spotify’s New Music Friday playlist. To date, on Spotify, she has over 4 million streams from her debut single Cry for Help, plus 2.5 million streams  from 2019, and over 1 million streams on Apple Music. Macy Kate also went viral on TikTok with the song Cry For Help racking up 775k views in one day. She is signed to EMPIRE/Tribeca Music and will be releasing new music throughout 2020.