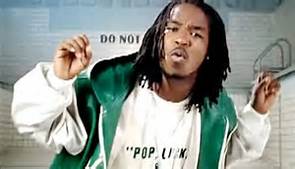 St. Louis rapper Baby Huey, real name Lawrence Franks Jr., was shot and killed in Kinloch late Thursday night, just before 11 p.m. He was rushed to a local hospital where he was pronounced dead shortly after at age 31. There were as many as 10 witnesses at the time when the rapper was shot in a front yard to a residence, but no arrest has been made as of yet.
He was only 18 when His smash hit, ‘Pop, Lock and Drop It’ was released in 2006 but it has been a staple in the hip hop community since. The rapper announced that he was planning on shooting a new music video this Saturday before his untimely death. The incident was a double shooting and the other victim was a 21-year-old who is expected to survive. Condolences to his loved ones – he is survived by his 13-year-old daughter. He was gone too soon and will be remembered for his contribution to family BBQs and hip hop.