Why Are People Trying to Cancel J. Cole? 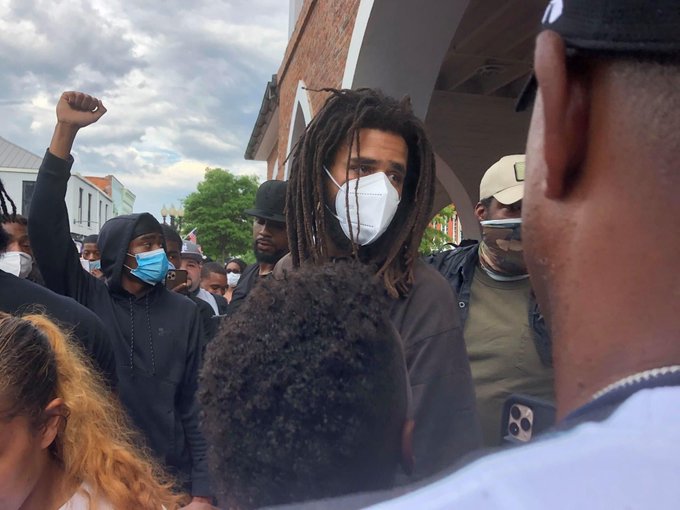 Fans are  new song “Snow on Tha Bluff”, in which he addresses his involvement in the Black Lives Matter Movement.

Rapper and activist J. Cole dropped a song Tuesday called ‘Snow on Tha Bluff’ and it has gotten people into a tizzy! Canceling J. Cole was trending shortly after the song was released and fans were calling ‘misogyny’ in response to how the rapper addressed a black woman calling him out. Black Twitter has been taking to notice of which artists is speaking up about the George Floyd Protests against police brutality and who is not. Names like Kendrick Lamar, T.I. , and Killer Mike have all been on the chopping block in regard to fan’s discontent. One voice, in particular, was Chicago rapper noname.

Just a couple of days ago, she tweeted “Poor black folks all over the country are putting their bodies on the line in protest for our collective safety and ya’ll favorite top selling rappers not even willing to put a tweet up. Ni—as whole discographies be about black plight and they no where to be found.”

The entire Twittersphere heard those shots being fired, including Jermaine Cole himself. Cole quickly took to the studio and in the song, he addressed his social media presence with the protest.

It is to be appreciated that he addressed this black woman’s anger for holding him accountable. But it may be confusing for some because it was apparent that Cole was out with the people protesting in his hometown Fayetteville, North Carolina. He even declined to take pictures specifically to not distract from the moment.

On Cole’s track, the rapper mirrors the public’s disappointment when he admitted that he feels that he is not doing enough which is deep. “He was like “Cole, ‘preciate what you been doin’, my nigga, that’s real/ But damn, why I feel faker than Snow on Tha Bluff?/ Well, maybe ‘cause deep down I know I ain’t doing enough.”

Although there are some that are underwhelmed with his response noname tweeted “QUEEN TONE!!!!!!!” after the song was released.