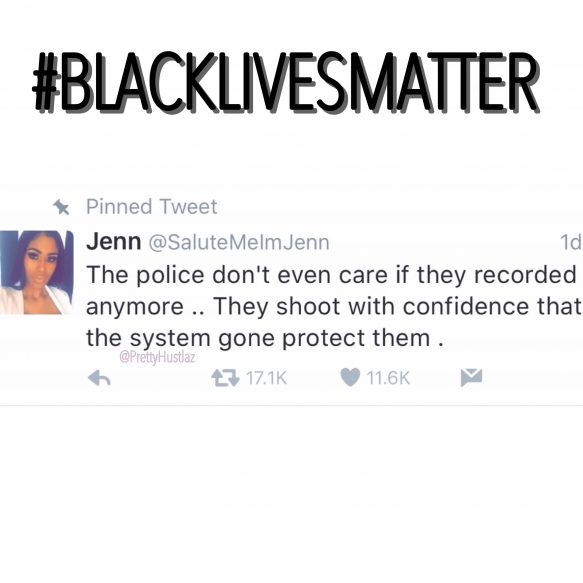 Protests, marches, continuity of support, and more are all surrounding the ongoing #BlackLivesMatter campaign.  Within one week there have been 2 shootings and killings of black men by white police officers, both of them with very negative lights and even more unfortunate circumstances. 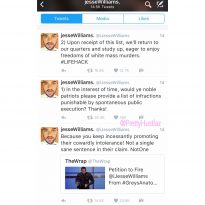 I won’t go into detail of them, because they are clearly plastered all over the news.

Baton Rouge, Louisiana, the father and gentleman shot outside of the convenient store.  Followd by the the driver of a car being shot inside his vehicle in Dallas, Texas.  Followed by a man being found hung to death in an Atlanta, Georgia public park.  The violence and the connotation of black people as a whole not being safe is tragic.  Growing up in the age that we have lived in for so very long, for most there were always the suspicions of your grand and great grand elders in your families that still felt a certain way about the caucasian race.  More of these manifestations of feelings have became a present battlefield that we must endure daily. 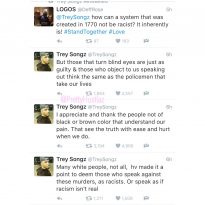 There is statistic after statistic that favors in this light.  Thinking about all of the cases since the Trayvon Martin incident, it seems the death rates keep rising, yet the conviction rates stagger extremely far behind them.

Most people were trying to look for a deeper root or cause, but it seems the answers are all mostly at the surface level.  There is a problem.  It is being addressed, but how do we fix it.  Most of the leaders during the civil rights age would be doing the same thing that is happening now, expressing their opinion openly.  The only difference now is, there are quite a few of the protests that end up becoming violent and this is where the problem deepens. 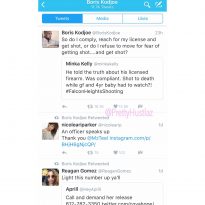 Responsibly, as a citizen of any racial community, people should insist and influence any protest that they are apart of to be as peaceful as possible.  Look at different signs of escalating conflict and decide to be the bigger person and find the easiest way to de escalate it without becoming negatively involved.  The accounts of many celebrities have been used as platforms to spread the seriousness of this message including Trey Songz, LaLa Anthony, Chris Brown, august Alsina and more.

For those of you at home continue to pray for the families of those who have been affected.  Believe that there will be an end to this nonsense.  And of course, aimlessly look for ways that you can be a help to the dilemma, and not another one of the complainers and unnecessary babblers throughout the social media feeds for people to argue with.