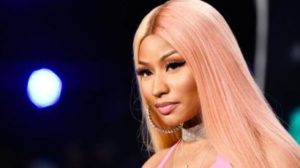 After a month of laying low, Nicki Minaj returned to social media last week after being featured on Meghan Trainor’s new single “Nice to Meet Ya.” Since then, it appears the rapper is working on new music. On Monday, February 3, she shared a video of herself in the studio, giving fans a preview on some music she has been working on currently. Since Nicki been on a hiatus, fans were anxious to hear what she’s been working on; however, when rumblings about an alleged disrespectful Rosa Parks line circulated, everyone was in shock. The lyrics read, “All you b*tches Rosa Parks, uh-oh, get your ass up,” Nicki rapped. February 4 is Rosa Parks’s birthday and was not the time to be comparing women she dissed in a song to rosa parks. According to TMZ reports, Nicki had no intention of disrespecting Parks, and the timing of the lyric was just a coincidence.