Unless you have been under a rock for the last 5 seasons, you know that with the return of summer, the highly anticipated show Power produced by 50 cent also returns. The show has fans waiting for its July 1 premier which is now only 4 weeks away.

Sadly season 4 ended with the death of Raina, the daughter of Ghost and Tosha and the reunion of Ghost, Tommy and Kanan vowing to take down Dre’s empire. 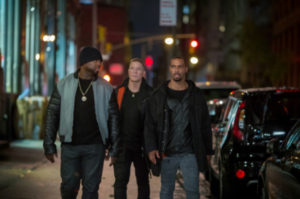 Power has already renewed for a season 6. There were speculations last year that 50 would pull from the Starz network due to differences, however that seems to be resolved. 50 cent recently announced that he has three new shows coming to Starz including BMF which is rumored to be better than Power.

Pretty Hustlaz’s LaLa Anthony, Naturi Naughton, and Lela Loren will returning to show. This will be very interesting being that both Tosha (Naturi) and Angela(Lela) are both Ghost love interest.