Tyga Credits Himself For Blac Chyna and Kylie Kardashian Glow Up

This morning, Tyga stepped into the Breakfast Club and hung out with the infamous trio of Angela Yee, DJ Envy and Charlamagne Tha God. Tyga, who stays catching the heat on social media was very open during the interview. He discussed his relationship with Kylie, Blac Chyna his baby mother and her relationship with Rob, his repo rumors,  his new projects and credits himself to the reason why Blac Chyna and Kylie are famous.

Soon as Tyga sat down, Charlmagne was ready to fire asking “Tyga, how did you lose Kylie?” Tyga responded “It aint a losing thing”. According to Tyga the two decided to split ways. He proceeded to explain the two started off as friends which evolved into a relationship. Tyga admitted that he has love for Kylie but he is no longer in love with her. “The first year was like magic” Tyga explained, but then the age difference and outside variables lead to the break up. Tyga still maintains that the physical relationship did not start until Kylie turned 18. 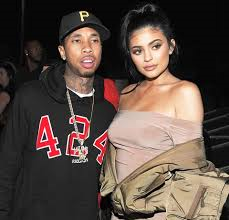 Before Kylie, there was Blac Chyna, his sons mother. Tyga revealed that from the beginning the public judged his relationship because it appeared he left his black baby mother for a young rich white girl. Tyga says that he found out about Rob and Blac Chyna on social media just as the rest of the world did. He says he tried to warn Rob, but we all know how that goes. When you’re in love you’re blind and deaf to a lot. He did state that their relationship was never awkward for him. (It was kind of awkward and weird for the rest of us ). Tyga says he knew from the beginning Rob couldn’t handle Chyna.

Tyga moved on to also explain that before him, the urban world was not checking for Kylie. He considers himself responsible for Kylie and Blac Chyna’s “glow up”. He stated once he got with the ladies their appearances changed. Tyga did admit that Kylie helped his career as well and he now has more women and middle America at his shows.

The  rapper also cleared a couple of rumors including, he never had a Ferrari or a Maybach and that there was never a repo. He had to pay Cash Money over a million dollars to get out of contract and that Birdman still owes him about $12 million in royalties. He admitted frustration with his label lead to beef with Drake, which Kanye mediated to resolve. He also has no hard feelings toward Travis Scott. Finally, he never signed a deal with G.O.O.D Music.

The irony is Tyga says he would work with R.Kelly… Can you imagine how at project would go?