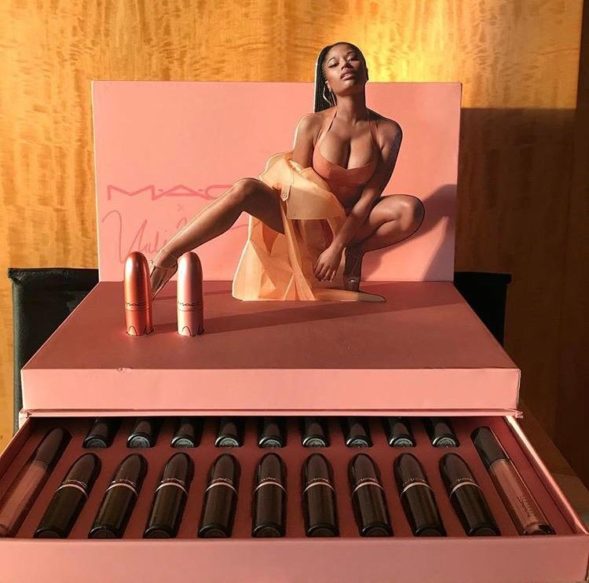 Friday marked the first day of Fall and it also was the day that world saw Nicki Nude… Nicki once agaim partnered up with MAC to release her new lip color line. The Shades are a variety of nudes just in time for the fall season. Nicki’s  Nude and The PinkPrint made their debut on MAC shelves on Thursday.

The lipsticks come in a signed tube by Nicki and are selling at $17.50 at MAC stores and website. In addition to Nicki’s Nude and The PinkPrint, MAC also released 24 additional nude lipsticks just in case neither of Nicki’s collection compliments your complexion. Easy Babe, Age/Sex/Location, and A Girl Got Needs are just a few of the newly released lip colors.

This is Nicki’s second time collaborating with MAC on a beauty line. In 2010, MAC released the Pink 4 Friday Lipsticks, and in 2012 and 2013, Nicki was part of MAC’s Viva La Glam campaign.