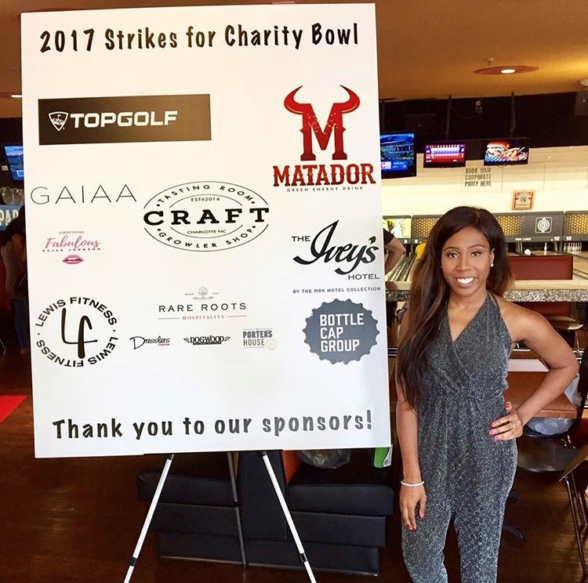 On Saturday July 8, Raya Clay President and Owner of RC Management turned some NFL players into bowlers for the day. RC Management held the 2017 Strikes For Charity Bowling Event in Charlotte. The inaugural event was hosted by Chris Smith of the Cincinnati Bengals. Chris was joined by some of his NFL friends including Javon Hargrave of the Pittsburg Steelers.

Fans were able to bowl with the players as well as take pictures and purchase autographed memorabilia. Portions of the proceeds went to the Boys and Girls Club of Charlotte and West Rowan High School in Salisbury.

Top Golf, Charlotte’s newest entertainment hot spot for families was a top sponsor for the event. Representatives were there to sign attendees up for a membership as well as giving away Top Golf prizes that ranged from key chains to t-shirts, to free games.  In addition to Top Golf prizes, those in attendance also got a chance to win raffles that ranged from $100 gift cards to a stay at the luxurious Ivey’s Hotel in Uptown Charlotte.

The event was fun for all ages, and the players made a couple of young fans day by posing for pictures and signing autographs. This was a great event for an even better cause.

24  year old Raya, states that her goal is “to expand and generate more clients in the sports industry that want to host events to benefit the youth and communities”. Raya is the epitome of a pretty hustla. This girl is a true boss and her professionalism was shown during the event. She did everything from greeting, to doing photography as needed. This boss chick has a very bright future ahead of her. 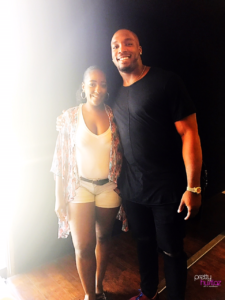