Queens Amy Schumer and Taraji P. Henson Will Be Honored at the VH1 Big In 2015 With Entertainment Weekly Bash 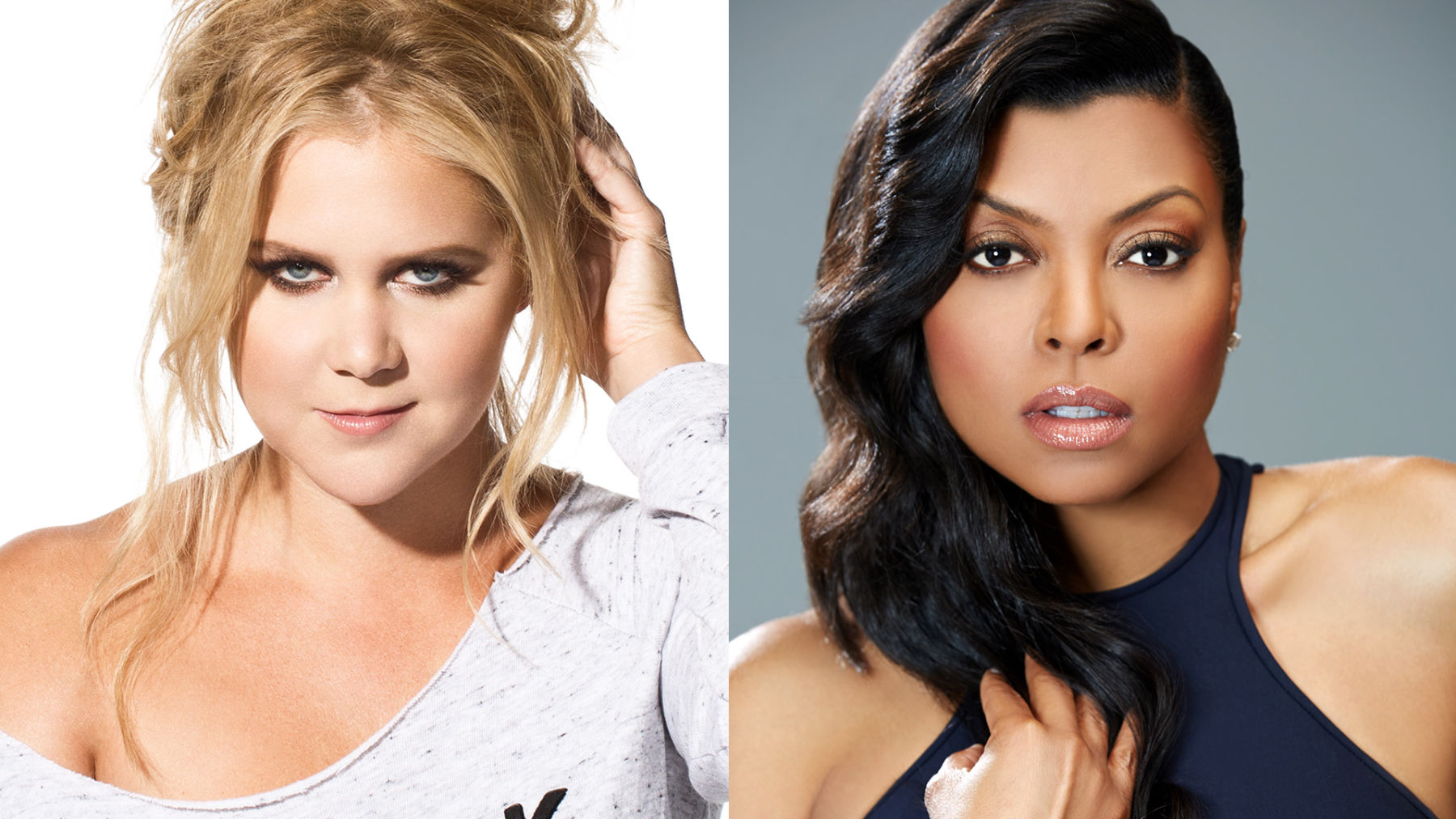 Get your party pants on, people, because VH1 is bringing the annual franchise back, and we’re going… yup, v. big. We’re teaming up with to highlight the trailblazers and epic pop culture moments of the year and we already have your first two honorees: breakout stars/kweens and . Need we say more? Check out the press release below for the deets on the party, premiering .

Get your party pants on, people, because VH1 is bringing the annual Big In franchise back, and we’re going… yup, v. big. We’re teaming up with Entertainment Weekly to highlight the trailblazers and epic pop culture moments of the year and we already have your first two honorees: breakout stars/kweens Amy Schumer and Taraji P. Henson. Need we say more? Check out the press release below for the deets on the party, premiering Monday, December 7th at 9 ET/PM on VH1.

Los Angeles, CA (November 3, 2015) – VH1 and Entertainment Weekly, the brands that help define pop culture, are teaming up to toast and roast the people who entertained us the most all year long at VH1 Big In 2015 with Entertainment Weeklypremiering Monday, December 7, 2015 at 9pm ET/PT on VH1.

This year’s bash will feature quadruple threat Amy Schumer and Empire star Taraji P. Henson as they are honored by the people who know them best — their “squads.” Additional honorees will be announced soon.

The evening’s honorees are also featured in Entertainment Weekly’s Entertainers of the Year issue, on sale nationwide November 24, 2015. The special will be taped on Sunday, November 15 at the Pacific Design Center in Los Angeles.

A decade after VH1 created the pop culture awards show with the Big In… Awards,VH1 Big In 2015 with Entertainment Weekly marks the return of the franchise, which celebrates the biggest moments and people in entertainment with a star-studded special with A-List talent and their complete “squads” in tow.

Amy Schumer
From a nationwide sold-out comedy tour to the opening act for Madonna, from the big screen to the little screen, and even a book, Amy Schumer has kept audiences laughing and entertained all year long. 2015 also marked a widely successful year for the comedian as her career skyrocketed with a plethora of achievements, including an Emmy Award for her Comedy Central series, Inside Amy Schumer, a book deal, hosting Saturday Night Live for the first time and creating and starring in one of the biggest movies of the summer, Trainwreck. Schumer’s frank, smart, sometimes self-deprecating style shines a light on the humor in everyday life that often hides just beneath the surface. Her creativity is equal parts hysterical and relatable, which accounts for her astounding success this year.

Taraji P. Henson
The 2015 broadcast TV season will go down as the year of the “cookie.” Academy Award nominee, Taraji P. Henson electrified audiences with her larger-than-life portrayal of “Cookie Lyons” in the FOX hit, Empire. The multi-talented actress earned the praise of critics everywhere and received multiple awards and an Emmy® nomination for her role.

The VH1 Big In 2015 with Entertainment Weekly venue will sparkle with the irreverent sensibilities of a friendly roast by the entertainers’ “Squads” and the celebratory spirit of a year-end blowout. No seat fillers here — celebrity friends will fill the venue for a collegial environment where the Entertainers of the Year can truly feel at home while viewers get an intimate look inside the real lives of the biggest stars in Hollywood.

“Amy Schumer and Taraji P. Henson dominated the cultural conversation and helped define the biggest moments in pop culture throughout 2015,” said Chris McCarthy, General Manager of VH1 and Logo Networks. “Entertainment Weekly is the perfect brand to partner with to revive the Big In franchise and create an unforgettable night that will bring viewers into the intersection of our two pop culture filters.”

“For EW’s 25th anniversary, I’m thrilled that we are partnering with VH1 to bring our Entertainers of the Year issue—one of our most popular franchises—to life on TV and to expose it to an even bigger audience. VH1 viewers and EW readers are in for a great time as they watch the entertainers who were Big in 2015 celebrate, joke and party with their friends,” said Henry Goldblatt, Editor of Entertainment Weekly.

Official sponsors of VH1 Big In 2015 With Entertainment Weekly include Cheerios™.

About Entertainment Weekly
Entertainment Weekly is your all-access pass to Hollywood’s most creative minds and most fascinating stars. The magazine was launched by Time Inc. in 1990 and is America’s leading consumer publication in the entertainment category, with a guaranteed circulation rate base of nearly 1.8 million and a combined audience of almost 27 million loyal, engaged fans. Each day, EW.com publishes a myriad of featured stories, blog posts, TV-recaps, original videos, film reviews and photo galleries. In April 2015, the PEOPLE/Entertainment Weekly Network reached #1 in its competitive set with 56.4 million unique visitors and during the same month, EW.com desktop, tablet and mobile growth hit an all-time high of 19.9 million combined unique visitors. Entertainment Weekly is the first to know about the best in entertainment. With sharp insight, unparalleled access and a trusted voice, EW keeps readers plugged into pop culture. This is where the buzz begins.

About VH1
VH1 delivers the ultimate mash-up of music, pop culture and nostalgia for adults who still want to have fun. VH1 is available in 93 million households in the U.S. VH1 also has an array of digital channels and services including VH1 Classic, VH1 Soul, the VH1 App, VH1.com and @VH1, the hub for all things music and pop culture. Fans may also access current and retro VH1 programming via the VH1 App, the network’s three-in-one video, new form content and co-viewing app, available for free on iOS and Android platforms. VH1 is a unit of Viacom Inc. (NASDAQ: VIA, VIAB), one of the world’s leading creators of programming and content across all media platforms. For more information, go to www.vh1press.com, VH1.com, or the VH1 Facebook page. Follow us on Twitter @VH1PR.