The Pretty Hustlaz Approach to The Nicki vs Cardi Fiasco 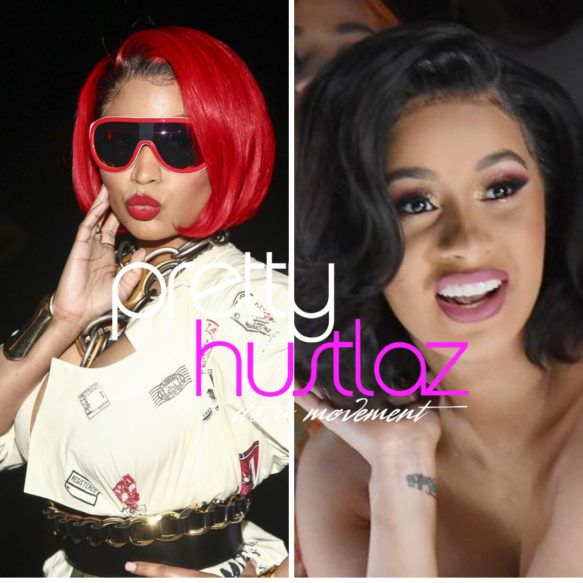 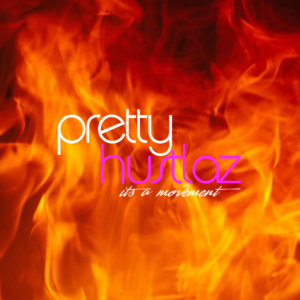 If you ask Diva what is the goal of Pretty Hustlaz? she’d probably tell you “to build a powerful network of positive and productive women, who are confident in their hustle and secure enough in their movement to support the goals and efforts of other women like themselves”. Now this may sound cliché to some people, but unless you’re a woman who has felt the anxiety of being ostracized or targeted by another woman for one reason or another then you wouldn’t understand. I can also say  the confidence and inspiration that  is felt when EMBRACED by other women also explains why this concept is not only needed its  NECESSARY. The Cardi B and Nicki Minaj debacle has the entire internet in an uproar. People have chosen sides, the debates are going and the think pieces are rolling in by the ton. I’ll own up to picking a side, saying my piece, and letting the jokes fly. But now it’s time to get back to what I do best. Bringing everything full circle. Personal feelings aside this is a sad outcome to a sensitive situation. Am I shocked that it turned physical? No. Am I disappointed? Absolutely.  In a perfect world, all the female rappers would get pedicures together and help each other choose polish colors.  Well, we’re all aware that this world is far from perfect. I was at least hoping these two ladies could co-exist in the hip-hop world without it coming to this. How did we get here? In all honesty, I, you, the fans, and the media are all to blame. What could have been at the very least a “you just do you and I do me” situation has turned into a do or die matter. Every comparison, every comment shading one or the other on the internet, every stan moment has brought us here.  Of course everyone is entitled to a preference, but this is bigger than that. It’s the age old issue of there being one woman in hip hop. I’m not sure where this logic stemmed from but I know it needs to end. We’re progressive on many issues; we need to be forward thinking on this as well. 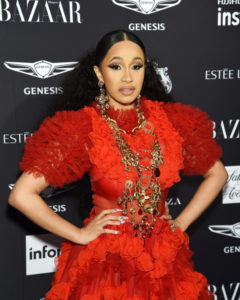 Cardi came into the game and took it by storm. She’s relatable, likable and she represents the underdog.  Every girl in the hood is rooting for her because she got out. She’s a shining example that there is light at the end of the tunnel and that’s why so many people are rooting to see her win. Cardi’s fans all say the same thing she has remained “the same” looking at where she is I don’t think there is anything wrong with that per se but I do want better for her. I think Cardi is missing accountability. Bad as we want her to win it’s still important to hold her accountable for her actions. It’s the ONLY way she will grow, and growth is imperative. Nicki represents longevity. In a game that’s not kind to 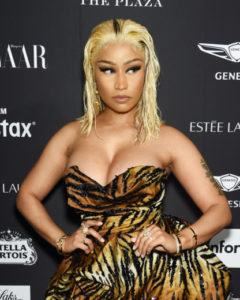 women, she somehow has managed to be here and relevant 10+ years. She’s put In the WORK. It’s flat out unfair not to admit that. The accolades, accomplishments and doors she’s opened cannot be ignored regardless of how you feel about her. I do have a question for Nicki though. What is it all worth if you don’t reach back and embrace those coming behind you? You’ve been very vocal about not being embraced. It seems like you would want to be the change. Nothing wrong with being proud and knowing who you are, but it is important to remain HUMBLE. Healthy competition between women can be a good thing, but it’s not okay to knock people for wanting to succeed. We all have families to support and goals to achieve. As fans that obviously love both ladies for the qualities that they possess that we see in ourselves or dislike them for representing qualities that we loathe in others, I challenge you to show a little empathy. See them both as imperfect INDIVIDUALS and not just representations.