Faith Evans and Lil Kim Pose for Picture in LA 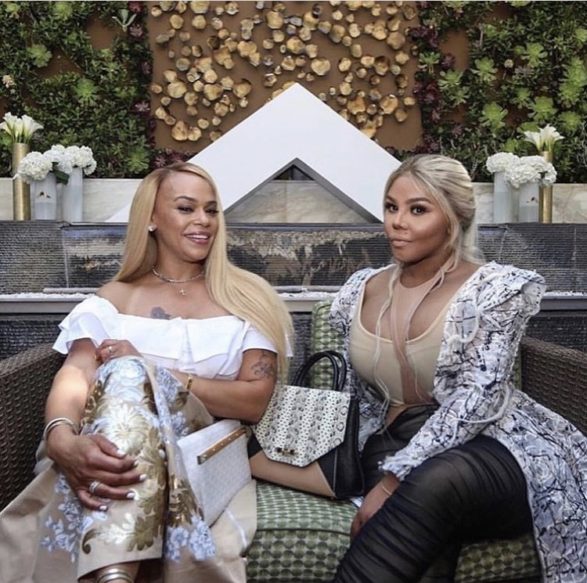 BET Awards have definitely invaded Los Angles as  stars are being spotted all over the city. Exclusive Access captured Faith Evans and Lil Kim at the Empowered Brunch Honoring The Women of Bad Boy held at the Four Seasons Hotel Los Angles. Both women were looking beautiful as ever. Yes, they were spotted in a picture… together.

This year marked 20 years since the death of the Notorious B.I.G  and Faith recently released her album The King I a collaborative project  with Biggie. During a recent interview with DJ Whoo Kid, Faith revealed that the beef between her and The Queen Bee was over.  The feud between Faith and Lil Kim escalated when Faith found the Queen Bee and Biggie in bed together, however Faith says that the beef  came to an end once  the Brooklyn rapper passed away.

The two former label mates look amazing and its awesome that they have put their differences aside.