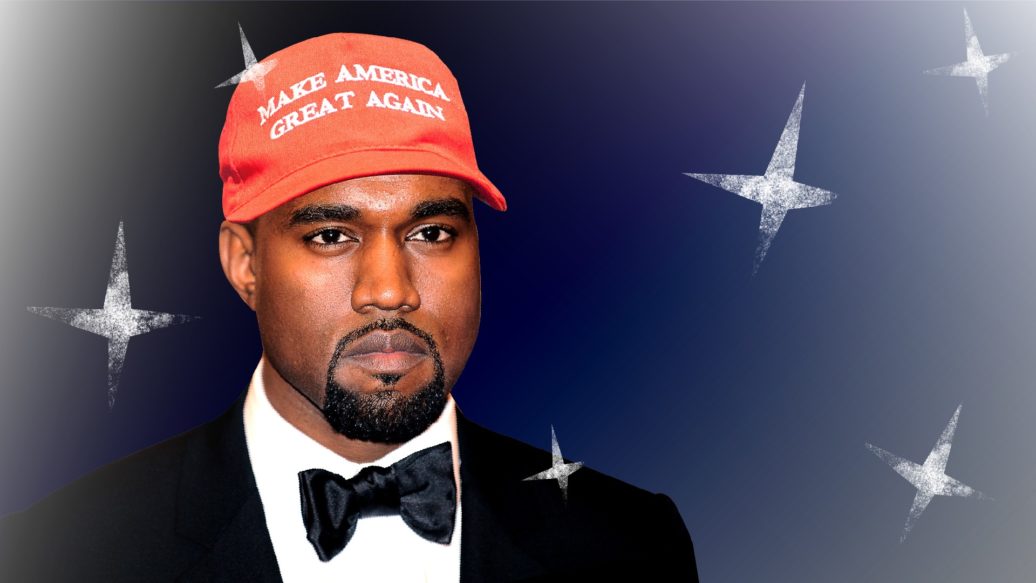 We miss you! I know that growth is inevitable, but I will be the first to say that I miss the original Kanye.  In his most recent 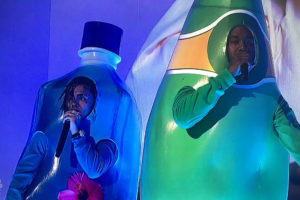 appearance on SNL he performed his single “I Love It” alongside Lil Pump. The pair wore costumes that were, well different. Ye was dressed up as a Perrier bottle and Pump wore a Fiji water costume as the two performed. For his second performance he brought out Teyana Taylor for the song “We Got Love”.

If that wasn’t odd enough at the end of the show with all the SNL cast present instead of saying thank you and ending the show, Ye began to rant that he was being “bullied” backstage about his Make America Great Again (MAGA) hat. SNL cast members looked uncomfortable and some were even seen rolling their eyes at the artist as he continued his speech.

“I wanna cry right now, black man in America, supposed to keep what you’re feelin’ inside right now…” West says with a melody playing in the background. “The blacks want always Democrats…you know it’s like the plan they did, to take the fathers out the home and put them on welfare… does anybody know about that? That’s a Democratic plan.” – Kanye

“There’s so many times I talk to a white person and [they] say, ‘How could you like Trump, he’s racist?’ Well, if I was concerned about racism I would’ve moved out of America a long time ago.” – Kanye 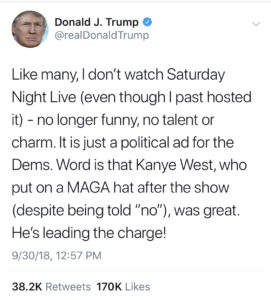 Now this speech was captured by audience members and of course it was posted online. Comedian Chris Rock was in the audience and he can even be heard saying “Oh My God” during the impromptu speech. Some cast members had their heads down, boos came from the audience, a few laughs and possibly 5 people clapping. Talk about an awkward experience.

This Kanye can be described as indecisive, impulsive, and downright delusional. We can agree to disagree on his political stance, but we should always keep an open mind. I am aways willing to engage in compelling fact based conversations, but it seems as if the information Kanye spews should be taken with a grain of salt. He even mentions running for office again in 2020. Not sure where Ye’s political aspirations will land him but I will say he definitely has our attention!