The Pretty Hustle Team Mourns the Death of George Floyd 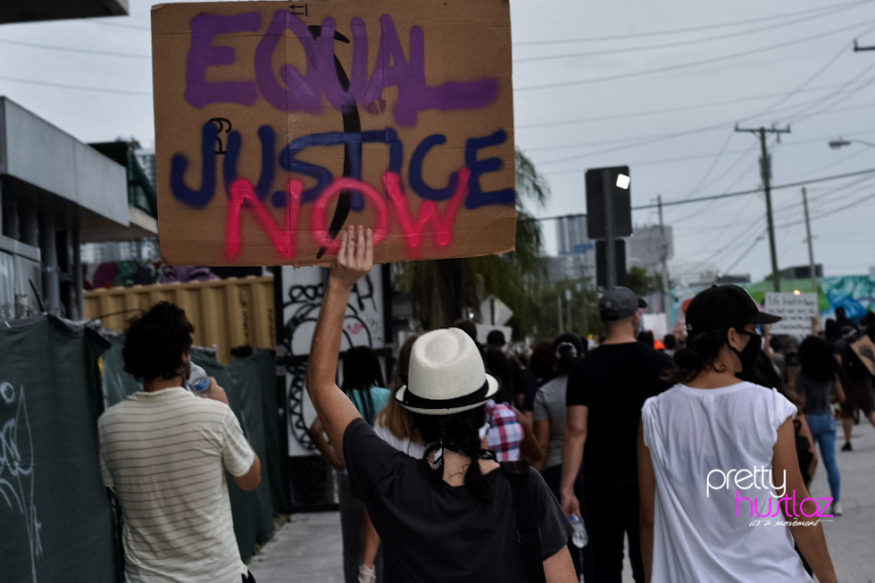 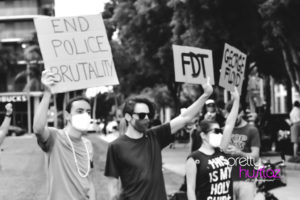 To say 2020 has been whirlwind is pretty much an understatement. I’m sure when we were screaming Happy New Year on January 1st; none of us could have guessed what was ahead of us. From maneuvering a pandemic to a shift in social and political issues, this year has definitely thrown us all for a loop, and to think, we are only half way through it. We can all agree COVID-19 left its mark. I’m sure we were shocked to learn that what would happen next would also change our lives and leave us with memories and a story to tell for years to come.

Just when we thought things were about to go back to normal after about 3 months of Corona lock down, May brought us a whole new shift. On May 25th a video that would shock the world hit the internet. George Floyd, a 46-year-old black man, was murdered in Minneapolis, Minnesota.  A white 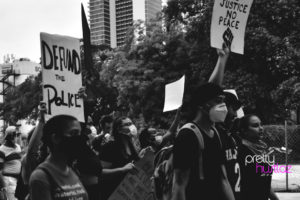 police officer, who was later identified  as  Derek Chauvin knelt on his neck for almost nine minutes while Floyd was handcuffed with his hands behind his back lying face down on the pavement .Two other officers further restrained Floyd, who had been arrested after a store employee suspected he was  using a counterfeit bill. A fourth prevented onlookers from intervening.  Floyd begged for his life and repeatedly said “I can’t breathe”. He even called out for his deceased mother. During the final three minutes Floyd was motionless and had no pulse.  The officers vehemently ignored onlookers’ pleas that Chauvin remove his knee from Floyd’s neck, which he did not do even as arriving medics attempted to treat what is now believed to be a deceased George Floyd.

The video was difficult to watch and evoked emotion in so many people. Especially Black Americans who had seen this happen time and time again. Although the 4 officers were fired immediately, an arrest was not made until days later. Derek Chauvin was arrested first and the remaining officers were picked up soon after. However it took days or protesting, political unrest and even rioting in some areas before these arrest took place. We’ve seen protest take place before but nothing like this. For the first time in American history, protests were happening in all 50 states and even across the world. 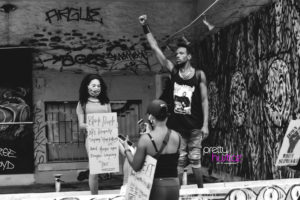 As a publication of Black women who all have Black sons, dads, husbands, boyfriends, nephew cousins and friends, we could not just sit by idle. On Saturday June 6th we took to the streets to protest for justice and equality. The march in Miami started at Bayside Marketplace near the torch of friendship. It continued through Midtown and Wynwood and ended back at the torch or friendship. We marched prayed and made a vow to do our parts to bring about change with high hopes that this will be the last generation that will have to endure this kind of racism and brutality at the hands of police officers. Tupac blasted from speakers and sage filled the air. Contrary to popular belief the protest was peaceful as leaders reminded everyone to stay focused on the goal. Everyone was instructed no tagging, rioting, or negative energy of any kind would be tolerated.  If you missed out, that’s what we are here for. Check out pictures from the historical protest below and let us know how you are holding up during this unprecedented time in history. 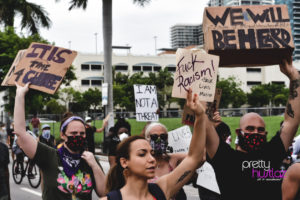 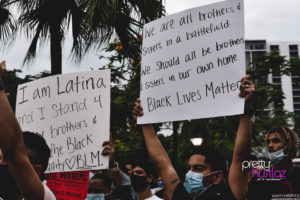 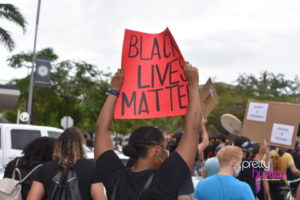 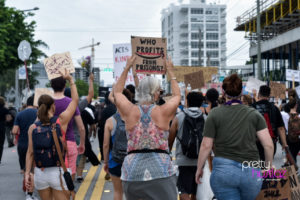 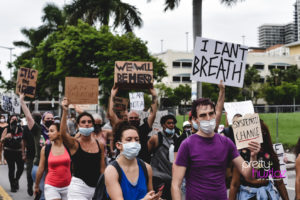 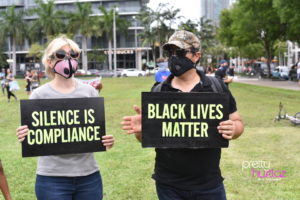