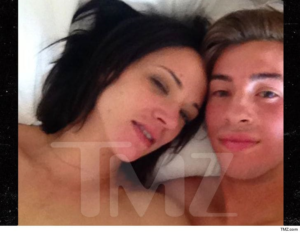 Video of Courtesy of www.Today.com

Here’s what we know thus far as this story unfolds against Italian Actress Asia Argento, age 42, whom vehemently denies allegations of a sexual relationship with a 17-year-old boy.

Pretty Hustlaz what are your thoughts?

Does this change the validity of the “Me Too” Movement?

What was Anthony Bourdain’s involvement?