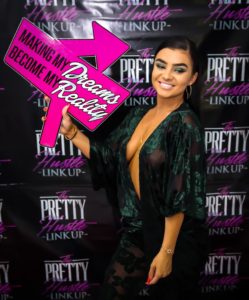 The Pretty Hustle Team wears many hats. Recently Pretty Hustlaz brought  you “Link Up & Listen.” It’s one thing to just drop your music with hopes that those that need to hear it will, but it’s a totally different ballgame when you can have the media, DJs, and potential fans all in one room listening to your music and giving you feedback before your hot new single is even released.  This is what took place at Club Wraith for L.V. The Artist. LV is a pop singer who I’m sure you will hear a lot about in the coming months. She is from Phoenix Arizona and her musical influences include everything from The Beach Boys to Mariah Carey.

The Link Up & Listen garnered support from South Florida influencers and even those from afar, like Chicago Artist Nia Kay. The crowd got a chance to hear some of Nia’s tracks. It was hard to pick a favorite song because of all of them were equally amazing. After tons of pictures and questions, It was time for what everyone was waiting for, LV debuted her new single “Drunk Text”. The crowd vibed and DJ’s from South Florida, Atlanta, Detroit, Chicago, and even Ireland are excited about this new single. LV let out a sigh of relief as everyone gave their approval. She beamed proudly at the fact that everyone loved the song as much as she did. The crowd enjoyed light refreshments and were gifted with grab bags courtesy of Glitz & Girl Power. Congratulations LV, from everyone here at Pretty Hustlaz. We can’t wait to cover all of your events in the near future. We’re sure there will be plenty! Stay Tuned to Pretty Hustlaz for the official release date of “Drunk Text.” In the meantime check out pictures of the event below. If there are any artists looking to throw their own Link up & Listen Party please contact rockstarrdiva@imgstrongarm.com 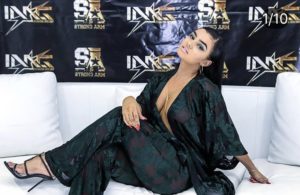 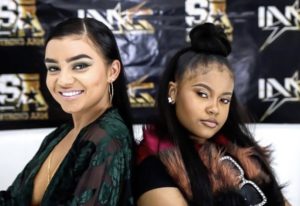 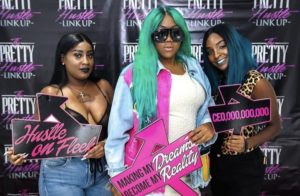 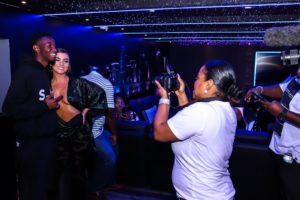 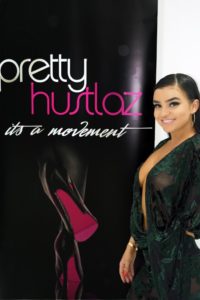