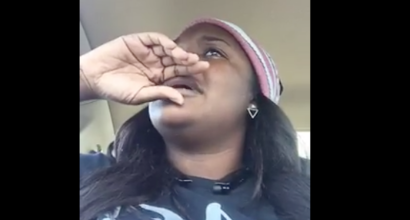 Have you ever been in a store shopping and been asked to leave unexpectedly? Was it a fire hazard? Were there locusts coming to consume the mall? Those could have possibly been better reasons to leave an establishment than the way that “Faith” in the Oxford Mall in Alabama presented to two black woman this afternoon.

The manager of a Victoria Secret caught an african American female shoplifting in the store and immediately pointed out the only two other black women that were there and demanded them to leave the store post haste. None of the three women, including the woman who was caught stealing, came in together or had any connection to each other. The only similarity was the fact that they were black.

One of the females accused felt so offended that it even took her to tears from the embarrassment. Take a look at the Facebook video she posted below and watch her story.

Should we all boycott this companies luxuries, for one senile woman’s mistakes and stand behind our sister? You may feel that way after watching her distraught response to the situation. Click the video below.