Will The Real King of R&B Please Stand Up 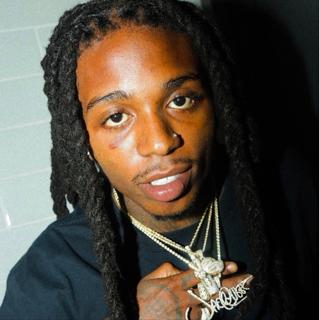 Recently Jacquees named himself the King of R&B for this generation. Of course this put social media in a frenzy! Celebrities, blogs, everyone decided to weigh in on who was the real King of R&B is. The Cash Money artist, Jacquees says that he knows who came before him but right its his time “Jacquees the King of R&B”.

Trey Songz and Ty dolla dropped laughing emojis not really saying much. J. Holiday recorded a video calling Jacquees statement BS, where in the middle of the video he is mistaken for valet (epic fail), and proceeded  to name the his  top three artist to be named King of R&B. They included MJ (who is the King of Pop), Chris Brown (definitely a top choice), and R.Kelly (also a top choice), and also let us know that he was number 4 (no comment).

Tyrese posted in response that an artist can’t come out after being hot for one year and call their self the King. His top two for this generation was Chris Brown and Trey Songz. Neyo kept it simple and said “I don’t do it for the crown, I do it for the sound”. Chris Brown let us know he was “loving all the R&B love”. John Legend says that he does not think there is a King of R&B right now. No one is compared to Usher in his prime, and that he was “talking himself into saying Bruno or The Weekend”.

Lots of different opinions from different artist. I even saw someone name Bobby Brown as King of R&B. That probably was true in the 90s, but we are talking about this generation. Chris Brown seems to lead the votes, and I must say I agree. He has hit after hit, and is a solid performer. Even if he not king yet, he’s definitely headed there.

Now lets talk about Jaquees! I love his confidence and believe we should all make daily affirmations. We should speak to ourselves as to where we see our self not where we currently are. So if that man sees himself as the King of R&B, let him claim it. We should all claim greatness in our lives and anticipation of reaching the highest level of our goals. We can’t be contradicting and say that are men are kings and then ridicule someone when he proclaims to be one. However, Jaquese lets not forget the kings who paved the way for you.

So Pretty Hustlaz, who do you think is the King of R&B for this generation? My vote is Breezy hands down.