Virgil Abloh for The Culture! 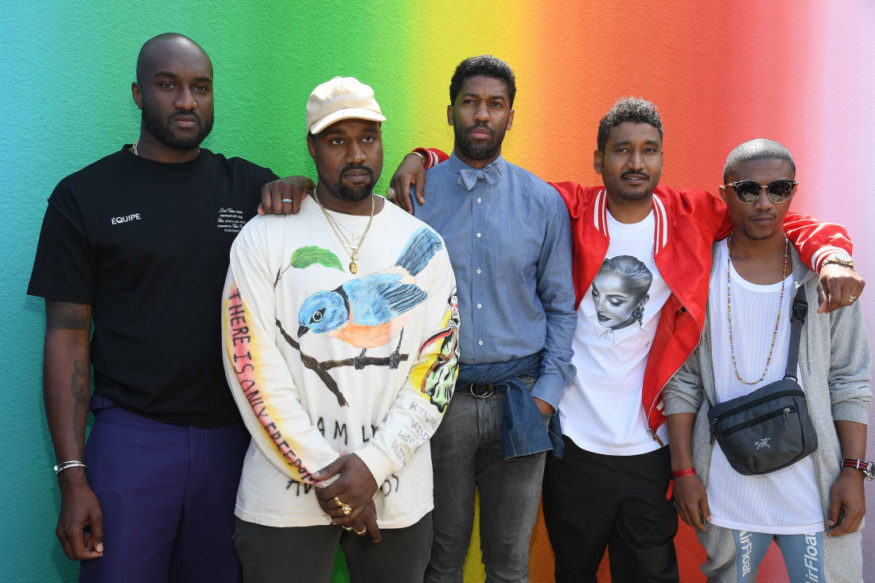 Virgil Abloh has definitely made his mark on the fashion industry. His journey continued in the biggest way this week with the debut of his very first collection for Louis Vuitton in Paris for fashion week. If you’re not aware, Virgil is a Ghanian-American fashion designer that was named the artistic director of  LV’s menswear line back in March. He is the first African American to hold the position. Virgil served as the creative director for Kanye West and is also the founder of his own successful brand Off-White which debuted its Bart Simpson inspired Spring-Summer line at fashion week as well. 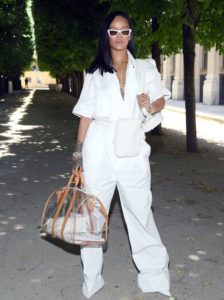 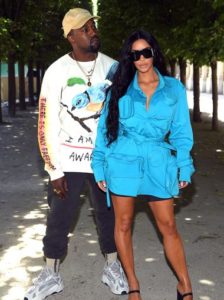 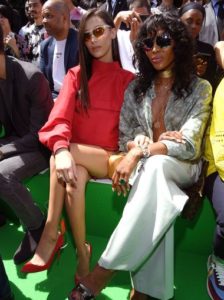 The runway show was a star-studded affair. Rihanna, Travis Scott, Naomi Campbell, Chadwick Boseman,  Kim Kardashian-West & Kanye West were all in attendance just to name a few. The show was held outdoors at Palais Royal.

The LV Instagram account posted a picture of the runway which was painted in rainbow colors and captioned it “A spectrum of color ignites the gardens of the Parisien Palais Royal for the Men’s Spring-Summer 2019 Fashion Show by @LouisVuitton’s new men’s artistic director Virgil Abloh.” The show was available for everyone to see on Instagram live and the LV website.

#LVMenSS19 by @VirgilAbloh A spectrum of color ignites the gardens of the Parisien Palais Royal for the Men’s Spring-Summer 2019 Fashion Show by @LouisVuitton’s new men’s artistic director Virgil Abloh. Watch the show on Instagram Live and at louisvuitton.com.

Virgil ended the show with tearful embrace from longtime friend Kanye West. Did you miss the show? We’ve got you covered. View the historic event in it’s entirety here: https://www.youtube.com/watch?v=L1Fclc2T9vQ