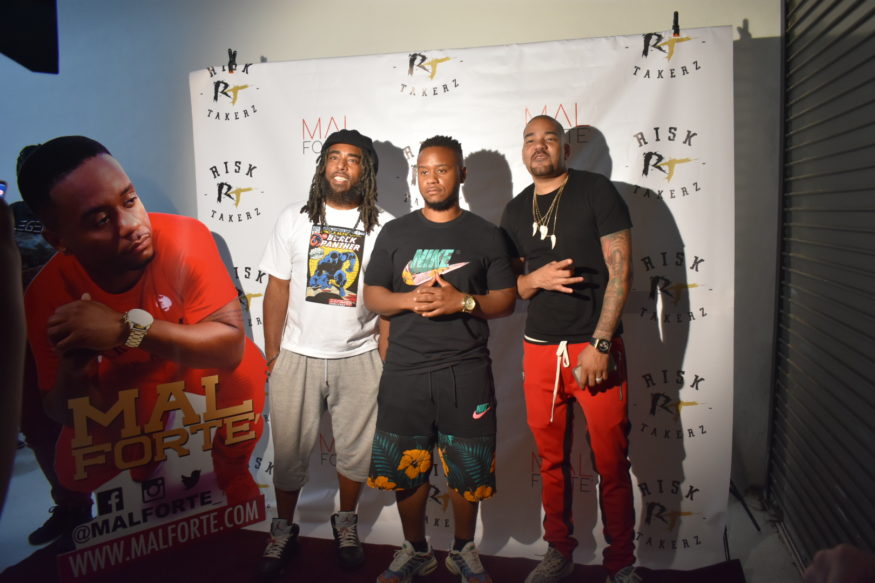 The ladies of Pretty Hustlaz spend their weekends leaving their mark across the city (Look for the pink signs). This weekend was no different. The pretty hustle led us to Midtown Studios on Sunday July 15th for Mal Forte’s  “Ignorance & Bliss” mixtape playback session hosted by TJ Chapman (TJsDJs). Special guest was DJ Envy. His beautiful wife Gia was also in attendance. Mal was born and raised in Jacksonville Fl. He is a graduate of Florida A&M  University and holds a Bachelor degree in Music Industry. 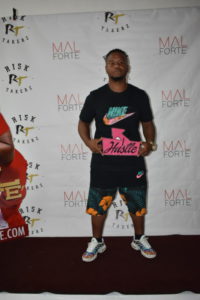 We arrived to Midtown studios around 4pm. Everyone was in good spirits. We took pictures with one another, exchanged info in true hustla fashion, and pretty much got to know a bit about one another. Mal went from room to room greeting his guest, taking pictures, and thanking each person for coming. It wasn’t long before the drinks started flowing and the food was passed out. It was officially a party. we started to make our way to the studio. Each attendee was given a response card to jot down what they thought of the tracks and to indicate which track should be a single. Massages were even given during the session to make sure everyone was good and relaxed. After Mal gave an overview of the Mixtape and a brief introduction of himself we got to what we came for; the music. Ignorance & Bliss is mix of about a year and a half of writing. The project was hosted by DJ Drama and includes som impressive visuals.  It is 12 tracks and was officially released July 13th 2018. Everyone was in agreeance that Mal has a flow that can be appreciated universally. DJ Envy pointed out that he liked Mal as an artist because he raps his truth. Personally, I agree. I felt a sense of authenticity from this artist that I feel is lacking in today’s music. The project is solid and honestly can be listened to from beginning to end. If you’re looking for some hot tracks Worst Way Feat Tokyo Jetz is def a banger and would probably do well on the radio. The ladies enjoyed Just Because as something to twerk to. Take Ya Time Interlude and Take Ya Time both deserve a mention. (personal favorite) Overall Ignorance & Bliss gets the Pretty Hustlaz seal of approval. 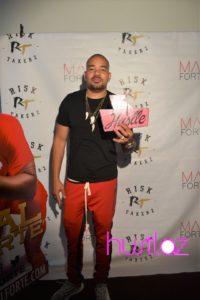 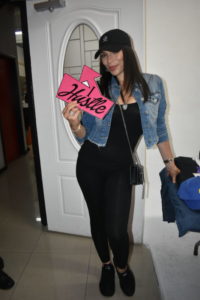 Keep up with Mal and his future endeavors on Instagram @malforte_ Also, Take a listen to the mixtape here https://open.spotify.com/album/6u79T7fmddBPl0cRHPx4iT?si=fAKDLDxHRQ2FcevDXuN5qg&nd=1 and let us know what you think below! 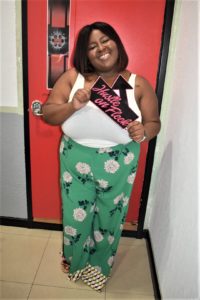 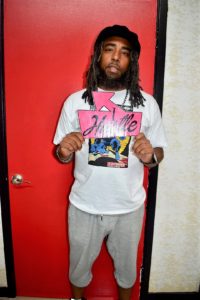 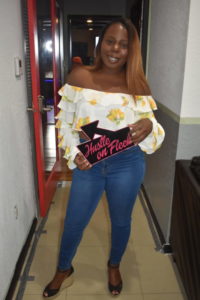