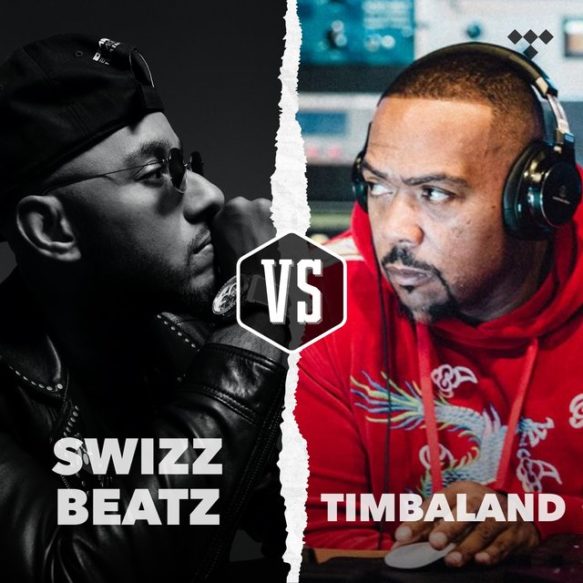 COVID-19 has brought forth a situation none of us have experienced before. Millions of Americans are out of work, essential workers are risking their own health to help others and the remaining people are forced to get used to a new normal.  While many may not realize it, it’s important to find something to take our minds off of these recent tough times. For us here at Pretty Hustlaz, music is the best therapy so when we saw the “Verzuz” battles jump off we were all in. Verzuz is a battle brought to us by none other than Timbaland and Swizz Beatz. In the battle, two producers, songwriters or singers go head to head, hit for hit in a 20 round battle on IG live.  Each match up has been bigger and better than the one before. With live music events all being cancelled, this is the next best thing. If you missed out on all the fun, don’t fret! Here is the full list of the Verzuz battles that went down so far.

Timbaland and Swizz themselves kicked the series off. The two superstars went way past 20 rounds. Like all of the battles there is no clear cut winner but you can judge for yourself here!

Tim and Swizz were definitely a hard act to follow but these two super producers were up for the challenge. Of course their known hits got viewers hype but the unreleased music was the standout in this Friday night battle. Check out everything you missed out on here:

The attention was shifted to songwriters for the first time of the series. The two hit makers went blow for blow and pulled out their best work. Some we never knew they wrote. Check out the Iconic battle here:

Keeping the songwriters in the spotlight, Ne-Yo and Johnta Austin was one of the cleanest battles of the entire series. The pen of these two men cannot be denied. Check out the war of words here:

This battle was originally supposed to include T-Pain. He was switched out last minute for Mannie Fresh stating it just made more sense. Mannie Fresh came equipped for Scott with some drops that some say hit below the belt. Judge for yourself here:

The party continued with a head to head battle of the Pop acts. Personally we had no idea these two men had a hand in some pretty big hits. Check out the playlist here, we promise you the did not disappoint at all.

T-Pain was not left out of the matchups despite being switched out a week before; this battle was a college party like none other. The battle brought back a lot of memories for us and it’s sure to do the same for you. The two master minds also blessed us with unreleased tracks. One was a banger from Usher. Get into it here

This is the last of the battles so far. In our humble opinion it was the best of the series. This battle had to rescheduled due to technical difficulties. If you didn’t catch the memes you must’ve been under a ROCK! The rematch went down and was worth the wait. We got all the feels  an you will too. Grab your boo and check out the play list here:

Who do you want to see battle next? Sound off in the comments below!