There were interactive games bought to patrons by local radio station 97.5 and Ford. Vending tables ranged from jewelry, clothing, books, paintings, massage oils and much more. The food was fantastic! I personally made three stops to the food vendors in the one day I was there. There was a range from Boricua Soul Truck to Seafood Trucks to lemonade stands, literally food on every corner.

The highlight of the night of course was Nas and Erykah Badu hitting the stage. Prior to this happening history was made as Little Brother, the Durham natives hit the stage together for the first time in over a decade. It was like a time travel back to the early 2000s and the crowd went crazy. Phonte, Big Pooh and 9th Wonder hit the stage with less than 2 hours of preparation . The group was not scheduled to perform at the festival, however rapper Royce Da 5’9 was unable to appear and 9th Wonder made the magic happen. Could this possibly be the early indication of a reunion?

Queens rapper, Nas gave fans what they were waiting for. Performing hits such as “If I ruled the World”, “Street Dreams”, and more. Nas appeared on stage casual with a red cup, and the crowd paid homage the rap veteran. Growing up in the 90s, I was a Nas from his music to the movies (Belly is one of my all time faves). Nas did not disappoint fans performing hit after hit. 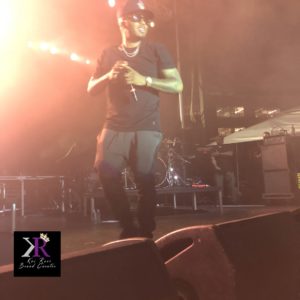 Erykah Badu closed out the festival with a bang as expected. Badu appeared solo on stage and could be heard given direction to her band that was behind the curtain. As the curtain opened, Erykah joined the band giving a memorable performance. 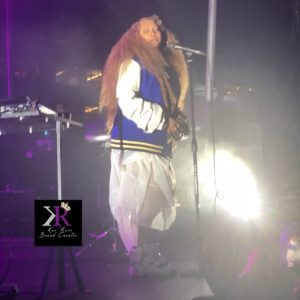 The DJ kept the crowd during performances with his mixture of hip hop from the 80-2000s. 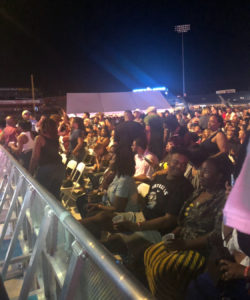 The Dome Group who acquired the festival this year, and made sure the 5th year anniversary was one for the books The concert, was the first of its kind held at the Durham Bulls Athletic Park. 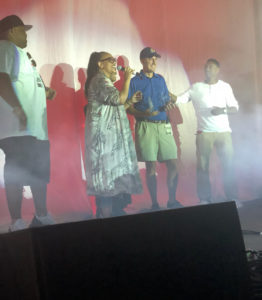