Ted Lucas Talks Superfest, Vision and What’s Next for His Foundation With Pretty Hustlaz 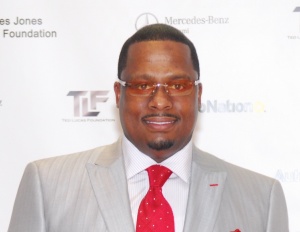 It’s no secret that Super Bowl week is well underway. The city is alive and so many events are in play it’s hard to choose which ones to attend. Tourists coming into the city are “South Beach Ready”. However true Miami locals know Super Bowl is being held in the beautiful city of Miami Gardens a suburb made of mostly African American residents. While many are bringing activities to other areas of the city, Miami Gardens native and hometown legend Ted Lucas is making sure Miami Gardens is not left out of the fun and festivities by bringing a Star Studded Festival to the city for residents and visitors alike to enjoy. The Pretty Hustle Team had the honor of speaking to Ted Lucas about his vision and why it’s so important to bring Super Fest Miami Live to the area. 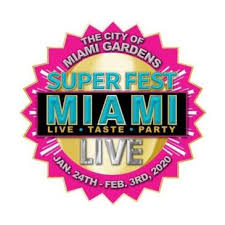 Pretty Hustlaz: So getting right into the interview, you’ve been such a staple in the community and the entertainment industry for over two decades what do you think is the key to your longevity?

Ted Lucas: That’s a great question. For me, I definitely believe in taking care of our people I believe that we have great talent in South Florida and we have to the show case that talent, so one thing I stand for is basically searching for local talent that can help our community stay on the map in the music business. I think it’s a lot great talent around. I try to keep my ears to the street  and keep a lot of great young people around me to help guide me and point me in the right direction to find that new talent.

Pretty Hustlaz: Awesome! You’re from Miami Gardens and this is your city, how does it feel to curate such a massive event as Super Fest in your home town?

Ted Lucas: I think it’s very important I think it’s a life changing event I think this year has definitely been one of those ground breaking experiences. Super Bowl has probably been here four or five times. At once upon a time, it was Joe Robbie Stadium it’s now the Hard Rock Stadium and you always have them come play a football game but I never see them have any activities here. I think we did a great job of pulling a great festival together. Instead of having to go somewhere else to participate and just feel like we’re blocked out. I feel it was a great Idea and I’m happy we were able to do it.

Pretty Hustlaz: What do you think visitors will remember most about Super Fest and how will it embody Miami Culture?

Ted Lucas: I think it will put Miami Gardens on the map as more than where you go watch the football game. I think people will now get a chance to see that we have some of the best festivals that take place in the City of Miami Gardens already. I just think this is the destination city in Miami I want to make sure you don’t get the chance to overlook it. You get a chance to see great football games here, You’ve got  Jazz in the Gardens here, You’ve got  Rolling Loud here. There is a lot of great entertainment that takes place in The City of Miami Gardens. I don’t think people understand that we’re not just an urban community. We’re one of the big communities in Miami; everybody gotta recognize and understand that City of Miami Gardens is a great place to live, come party, have a good time, and we have great food as well.

Pretty Hustlaz: *laughs* Yes we do! My next question is Superfest is even bigger now with the collaboration of the Viewtopia Music Fest. How did that come about and what can we expect to see from it?

Pretty Hustlaz: Great! So do you plan on doing more events and festivals like this in the future?

Ted Lucas: Yes! I think it’s important we get a chance to let people see this and show case festivals like this.  I definitely plan on doing more of this.

Pretty Hustlaz: So my last question for you Ted is what’s next for Ted Lucas and the Ted Lucas foundation?

Ted Lucas: Ha! I love it! So listen the Ted Lucas Foundation has adopted the City of Miami Gardens. I think education is something that is very important. I think we have some of the best public schools in Miami Gardens and I’m gonna support these schools with programs like after school tutoring, We have a program called I am King I think it’s a lot of great young men and I try to catch them in elementary school to allow them to understand who they are as a man and guide them and direct them in the right direction. I think it’s important that you guide the young men in the right direction while they’re young so when they get to junior high school they have a foundation to stand on they know who they are they know they are kings and what their capabilities are. You just have to keep them on the right track  and hearing it from other male perspectives and bring them some great male role models to sit down with these kids and help them understand.

If you haven’t purchased your tickets to Super Fest It’s not too late! Head over to https://www.superfestmiami.com/ and grab yours! We hope to see you there!