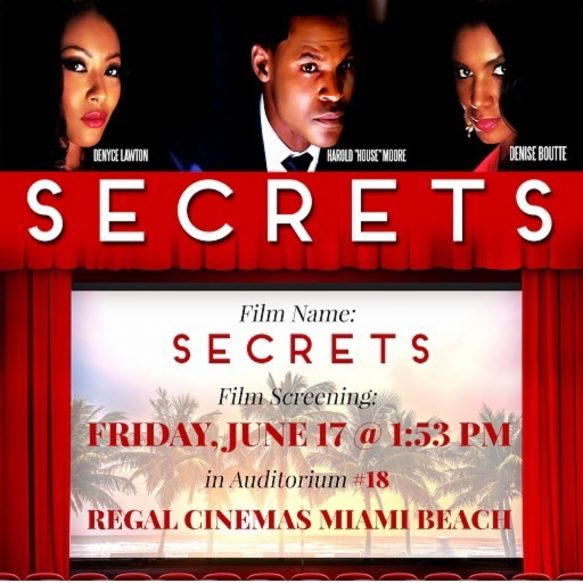 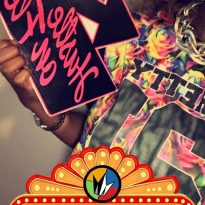 This past weekend, the Pretty Hustlaz stepped into the American Black Film Festival on South Beach, Miami Fl and viewed the private screening for Secrets.  Leading stars Denyce Lawton, Harold Moore, and Denise Boutte do a wonderful job of bringing the film to life in more ways than their time on the screen. 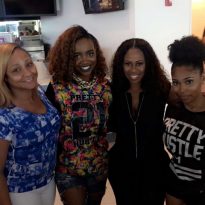 It is a film with pain, joy, and strife working cohesively through til the very end.  Hungry movie goers were dangling at the thought of being able to indulge some of their own mystery through the plot of the movie but most were not able to see the enlightening picture because just seconds after the doors opened, the theater was packed to maximum capacity! 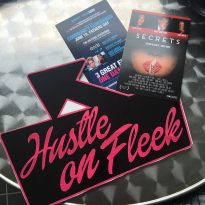 Secrets was executively produced by Tressa Smallwood, a nationally accredited Award Winning Publisher.   In 2003 when she released her first book, she acquired a great number of sales but also experience that she decided to use to build up other women with the same dream.  Her company Life Changing Books Inc.  has brought to life the aspirations of so many women over the past 10 years.  Her efforts have assisted her authors in being recognized by Essence Magazine, the New York Times Best Sellers List, and more.  During the end of the screening, Smallwood announced that the next movie will begin shooting in the next 2 months in our nation’s capital.  Follow her on social media and visit her site to find out more information on this Pretty Hustla today!  Be on the lookout for Secrets at a theater near you and the next film coming soon!