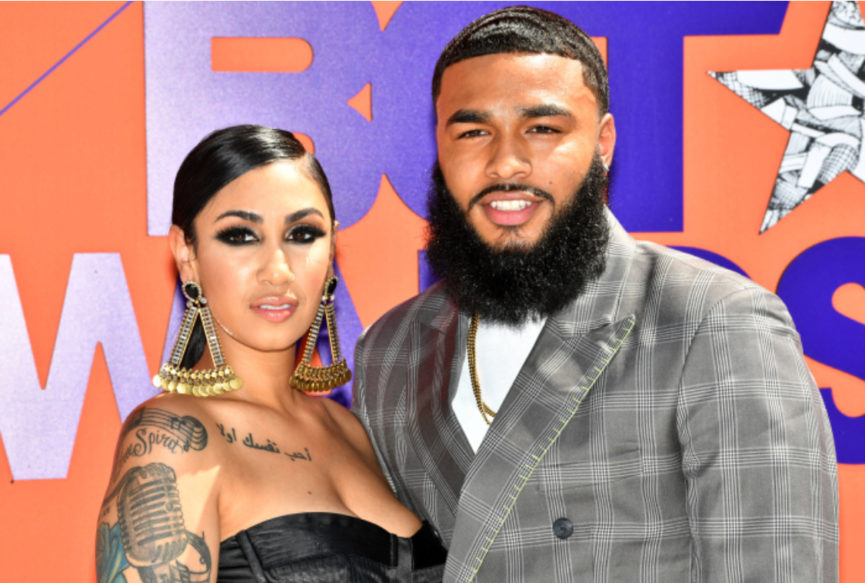 Nicki Minaj’s album Queen was not the only Queen in the headlines today. Queen Naija, a popular Youtuber announced that she was expecting her second child with “friend” Clarence White. This comes only four months after finalizing divorce with ex hubby Chris Sales.

Queen Naija became a popular Youtube personality doing videos with her then husband Chris Sales. After allegations of Chris cheating the couple divorced in April. They have one three year old son together. It was at this time Queen also released her debut single, “Medicine”. This is a song every woman can relate to, especially when going through a breakup. Hurt people, hurt people, its a saying but its so true. From the lyrics in the song Naija wanted to hurt Chris the same way she was hurting. She felt that could be achieved by running to the arms of another man.

“I’ma call up Bryan, I’ma FaceTime Ryan, I’ma text Lorenzo, and I’ma leave you crying”.
Clearly, she wanted revenge on her ex for repeatedly being cheated on. Then comes Clarence, who moved in with her within a couple of months, and is now the father of her child. Social media went crazy with the announcement. Many hinting to the fact that Clarence is a male goal digger and he just secured the bag. There were comments about her becoming pregnant as her career was taking off and that not being a good move. There alot of opinions floating, and sadly for Queen Naija its part of being a celebrity.

Queen Naija is not the artist to become pregnant shortly after meeting someone. So let’s not be too hard on her. She is young and in search of love and finding her self.

Congratulations are extended to Clarence and Queen Naija. New life is always a blessing, and for those that have opinions always remember: You can’t throw rocks from glass house”