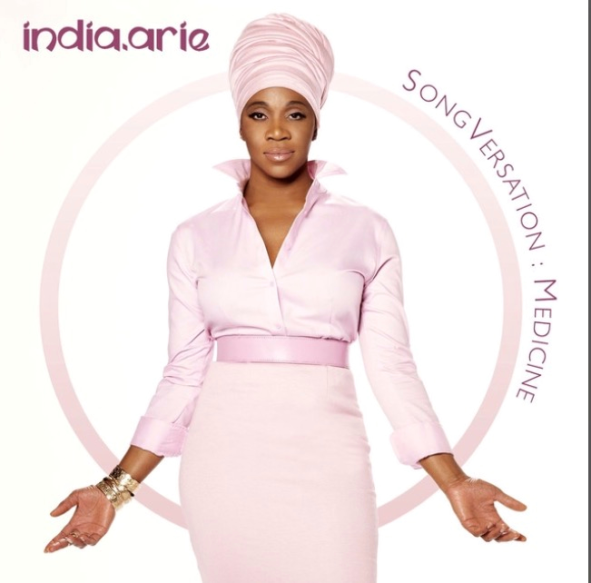 On Friday, Indie Arie’s EP “Songversation: Medicine” was released on digital media. India hopes that her new project will bring a “stillness and calmness that is necessary in 2017”. Medicine is a continuation of her 2013 album Songversation. The EP was made to be listened to while doing yoga, in prayer or meditation, or during a quiet time. The melody and vocals bring a sense of calmness and peacefulness.  India Arie displays her amazing vocals skills and sultry sounds on the EP. This album is medicine for your soul,  it will definitely ease your state of mind. An interesting fact is that the “Medicine” concept came as India watched someone close to her battle cancer and fight through treatments.  She refers to this project as “soul medicine for the pain,”  and has a track entitled “Chicken Soup in a Song”

“Chicken Soup in a song

May you be cozy and warm”

This past weekend, India Arie performed the music for the first time at the Essence Festival in New Orleans.

Letter from India Arie to her listeners: 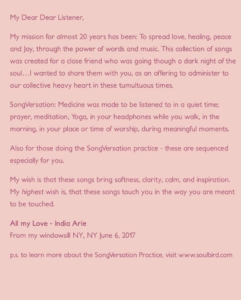