Imagine being a standout college football player for Division II Morehouse University with dreams of going of to the NFL. Instead of being drafted by NFL, you are drafted to help with a stage play and from there things start to take a different turn. That is exactly what happen to Miles Stroter. The Southside Chicago native spoke with Pretty Hustlaz correspondent Kei about his career in football, acting, and writing.

“My landlord at the time offered me free rent to help with the stage play, of course I did it”.

The stage play Church Girls which starred Robin Givens and Demetria McKinney was Miles introduction into the acting world. Upon the completion of the show in Atlanta, Miles was invited to go on tour with the stage play, however due to commitments with the football team, the offer was declined. But that would not be the end of his acting career, in fact just the beginning.

Although Miles’ dreams of playing professional ball didn’t happen, he did get a reoccurring role on The Quad, The Game and Necessary Roughness where he continued to showcase his football skills while tackling his new love of acting. It was the best of both worlds and according to Miles “a lot better on his body”.

Let’s fast forward to March. Miles makes decision to move to LA and is given a script to read for the hit show Insecure. Miles was already familiar with Issa, and excited about reading the script. In fact Issa was the inspiration behind Miles writing career. Of course upon reading script he nailed it, and earned a spot beside Issa on the hit HBO show Insecure.

“Working with Issa was heavenly, surreal, crazy and nothing but good energy”

His character on Insecure could be easily described as a rude boy which is a big difference from the nice, problem solving character in the Quad. Miles took it back to his Southside Chicago days, and friendships growing up to tap into the rude boy character.

Miles is continuing to read scripts for upcoming projects and will celebrate the new season of Insecure with members of The Quad cast at a watch party in LA. Miles is looking into jumping into the big screen and following in the footsteps The Rock.

You can catch Miles, Issa and the other cast members of Insecure on HBO, Sundays at 10:30pm. 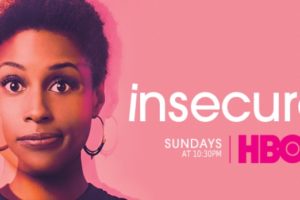