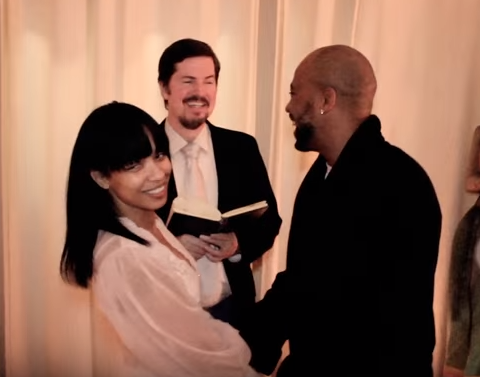 Karrine “SupaHead” Steffans thought she only believed in celebrity lust until she met cinema heartthrob Columbus Short and fell deeply in love with him.  Enough to leave it all behind and finally be “supahead” to just one man. 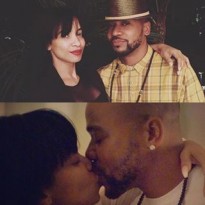 It was not too long afterwards that Steffans realized the man of her dreams was not what he pictured himself as in his daybreaking films “Stomp The Yard” and “This Christmas”.  Within the first  year of their marriage rumors of infidelity and cheating spread like wildfire.  The rumors got back to Steffans of course she was NOT happy about it.  Immediately taking to instagram to let her feelings be known.  There is a video of her throwing Short’s clothing across a room and yelling “Somebody come get Columbus cheating a** and all of his Sh**t!”  In the caption, she tags the two females alleged of sleeping with him.  A regular gal, @aida006, and an unsigned singer, @candincernb; She asks them if they want him now that he is homeless.  Making it clear that their marriage was over and she was moving his things out pronto.

The lust continues to endure back when Short starts making claims that their marriage was fake to begin with, so he didn’t care about the outcome.  With the length they were “married” (not even 4 months), everyone would believe Short to be true but Steffans came through with the paperwork!  Not just the marriage licenses either, court orders as well!  There is no lust or love in the Short/Steffans household, we can definitely say.  Steffans had a restraining order placed on Short, claiming he was often violent during his drunk spells and was uncontrollable.  There was even a time where she recants that he is overly aggressive with her 18 year old son. 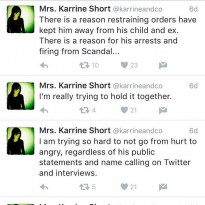 There are many interviews from the two but no one will ever know the real truth behind this short lived celebrity lust between Short and Steffans.  This was Short’s 3rd marriage, and I’m sure it won’t be his last.  He says he is just “ready to get back to his music and his art of movie making, that’s it.”  So be on the lookout for some great films and possibly, after this tragedy, some more great reads from Karrine!