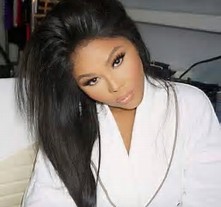 Story is developing naming Brooklyn rapper Lil Kim as a person of interest in a robbery that occurred during BET Awards weekend.

Its alleged that Lil Kim and her entourage rented a home for the weekend, and after viewing the home decided it was not what she wanted and demanded her money back. The owner/property managers refused to grant refund and an argument erupted. The police were called and arrived on scene, however being that this was a civil matter, there was nothing they could do.

Lil Kim and her entourage left as well around the same time as police. Reportedly, they returned in the early hours of the morning with ski mask, and weapons. It is alleged they left with Lil Kim’s deposit check and cash totaling at least $20,000.

Details are still sketchy and LAPD is investigating the case.

Stay tuned to Pretty Hustlaz. As more information comes in, we will keep you posted.