Google Dedicates Doodle To Selena On Anniversary of Album

October 17, 1989, Selena Quintanilla released her solo debut album and Google is commemorating the latin singer with a special Google doodle. The singer’s legacy continues to live through her music and her fans 22 years after the singer’s death. The young artist was murdered at the age of 22 in 1995. The Selena doodle is animated to the tune of “Bidi Bidi Bom Bom”. The google team worked closely with Selena’s family to make the doodle. The doodle will be displayed on Google’s homepage on Oct 17, and then be placed in the Google doodle archive.

Selena helped many in the Latin culture embrace their cultural identity while growing up. She was considered a role model for adolescent girls. In addition to the doodle, Google also set up a Selena Exclusive Content Collection online. The collection will be housed within Google’s Online Arts and Culture Exhibit.  Fans will be able to view online memorabilia that is housed in the Selena Museum. 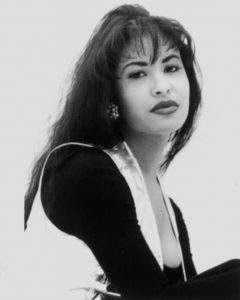