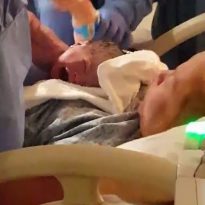 Baby fever has taken on a completely different meaning in the new world of technology.  There are more ways than ever to share with the world, live and through a proctored post.  Facebook Live is one of the newest additions to this, and people are using it to their advantage,.  Last week, Sara Dome and Kali Kanongata gave birth to their beautiful baby boy.  She was only in labor for about 45 minutes before the child surfaced and was released into the world.  The entire 45 minutes though, was released to the world live, through facebook live.  Kali (father) was trying to share the experience of his child being born with his family and friends and continued to stream the entire birth, not knowing that he did not make his post private for his friends/family viewing only, the entire world watched his wife give birth to their son, Ngangatulelei HeKelesi. 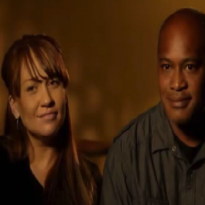 After the birth was complete, someone recognized the Kali from a previous domestic violence case he was involved in, which he denies.  They reported the couple to child protective services and just a day after their son was born, officials came and took baby Ngangatulelei away from them.  The story was covered on Inside Edition, which gave the parents a chance to speak up for themselves publically.

“I was really, really surprised, like ‘Oh my gosh, how could you do this?’ For everyone to tune in and watch me have a baby, shocking. I just had a baby it was a beautiful moment so I can’t be mad too long but he’s going to hear about it for the rest of his life.” Sara Dome admitted. 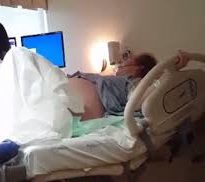 They have to appear in court to prove that they are fit parents and the child is not in danger.  Hopefully the court will see that this was just a technological error.  Who knows, laws are different in every state and judges are different every day.  As long as the child isn’t really in danger, I’m sure things will go smoothly.

How do you feel about that being exposed?  Draya released part of her birth on Mother’s day to the world.  Do you feel it’s acceptable to cherish this sacred moment or feel special enough to share it with the world?