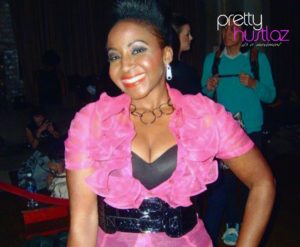 Have you ever came in contact with someone whether it was via social media, in person, through mutual friends/associates and afterwards you claim them as your friend in your head? We are all familiar with this right? I recently had the honor of interviewing Kimberly Jesicka, after getting a chance to be in her headspace just for a second, I’ve come to the conclusion this woman is phenomenal, she’s our new friend, and anytime she would like a seat she has one at our table.

For those who may not be entirely familiar with Kimberly and the influential impact she has on so many allow me to introduce her. Ms. Kimberly Jesicka is a former employee turned self made boss who has successfully had her hand in the fields of: education, medical, military, script writing, advocacy, therapy, writing for VOGUE ITALIA as a fashion photographer, Glamour Italia, Glamour South Africa, Marie Claire Espana, Huffpost, and Elite Daily JUST TO NAME A FEW. Kimberly is comparable to the modern day superwoman! Kimberly currently holds a Master’s degree and in the midst of such a busy schedule, she is in the final steps of securing her second Master’s degree as a Physician’s Assistant! Whew! And here I am barely finding time for routine oil changes. I asked her how does she find time to balance everything and the answer she gave me, left me with a different outlook on my own goals. She told me “I HAVE NOTHING BETTER TO DO. I have nothing better to do than what I want and love to do and find ways to get paid to do it. I HAVE NOTHING BETTER TO DO, this is all that matters, and when you live that way you literally have nothing better to do!” With all the accolades Kimberly has there are a few that specifically stood out for me that I would like to share in hopes that her story inspires you as it did me.

Kimberly came to the United States with a goal and a dream and she let nothing interfere with becoming successful not only for herself, her family, but also for little girls she would possibly never meet. Kimberly was born in Panama City, Panama, and at a very young age, with her mom, made the courageous journey to the USA for a better life. Struggling with multiple disadvantages including developmental delays and partial dyslexia Kimberly was determined to succeed against all odds. She found serenity in a world of dolls and toys at a very young age that would later play a huge role in her legacy. When asked at what age did she decide to lead a limitless life even with limitations set before her, she stated, “It started to really hit me around 13 years old. I would literally dream about it in my head. I would listen to songs from Culture Club, Madonna, Cyndi Lauper, Phil Collins, Breakin, Crush Groove, Debbie Deb and dream in my head of being SEEN FOR MY GIFTS and not my shortcomings. It’s a powerful thing to visualize with music.” This answer hit home for me because I am a huge advocate of speaking things into existence and in order to speak things into existence, you have to first SEE what it is you are speaking. There was a emphasis in her answer that she wanted to be SEEN for her gifts.

Kimberly shared with me that growing up she experienced the feeling of being overlooked for her color and told that she was not good enough. This led Kimberly into a world of solitude, holding her dreams within herself and not verbalizing her aspirations with anyone. Kimberly vowed to make sure that no little girl of color would ever second guess her worth like she had been made to. Within her world of solitude she found her own voice, her self worth, and her value. What a beautiful thing to be able to find strength in the midst of rejection. It was because of these situations in her life that she became a Family Therapist for black families as well as a teacher! Kimberly was determined to lift the stereotypes of black girls and showcase the gifts and beauty and define the statement BLACK GIRL MAGIC on her terms.

Kimberly started her own animated TV Networks called KIDPIRE and GIRLPIRE. Kimberly shared her thought process behind creating these networks. “These networks were designed for young black girls who are otherwise dissed by their own and sadly a lot of news and negative songs, to see that they are PRINCESSES and WORTHY. That their dark skin is beautiful and there are people all around the world that CELEBRATE YOU!” Since hitting the scene, KIDPIRE and GIRLPIRE has been welcomed into 28 million homes! Paying homage to her heritage, both networks are available in Spanish and English. This was no easy task for Kimberly as she financed, wrote, directed and created these projects without any help. Talk about determination! I asked Kimberly to name an instance where she was put into a challenging situation as a woman of color and she expanded on having to fund everything entirely alone. She explained, “I had to fund EVERYTHING myself, that was so hard, BUT I pressed through and found ways to get HIGH QUALITY for low cost..” 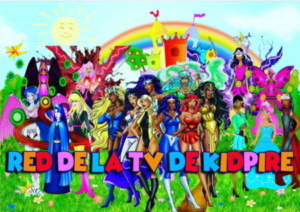 When mentioning she had to fund everything herself Kimberly is not speaking of her networks alone. She also has a doll and clothing line called KIMBERLICIOU KOUTURE. She is currently working with Disney and Mattel, via her mediums, creating BEAUTIFUL dolls of color that are clothed stylishly by Kimberly’s clothing line. I did ask her could we be looking forward to hearing of any new projects from her in the future and she reassured me that with the Disney and Mattel collab “everything they have I have. It’s in action it is no longer an idea.” YES KIMBERLY! I LOVE IT! VISULAIZE IT. SPEAK IT. MANIFEST IT! 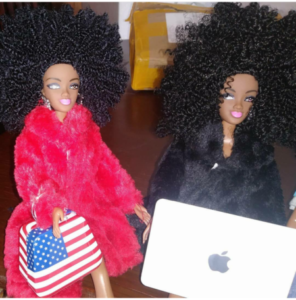 Of course, at this point I never wanted the conversation to come to end, but Kimberly being as busy as she is, I was honored for the time she took out for us here at Pretty Hustlaz. Of course before ending the interview, I did ask what advice would she give to the entrepreneurs out there who are looking to lead limitless living like herself. Her response was personally taken to heart for me. “Find a way to do what YOU want. Find YOUR blissness tribe and find a mentor STAT!”

You can keep up with Kimberly who has a profile on INC.COM, her feature in Forbes Magazine Women Under 30 Influence, feature INC.COM MAGAZINE https://www.inc.com/profile/kidpire, or if you are more of a social media butterfly like myself, @Kimberly_jesicka.