Drama Between Brandy and Monica over Post for Whitney Houston 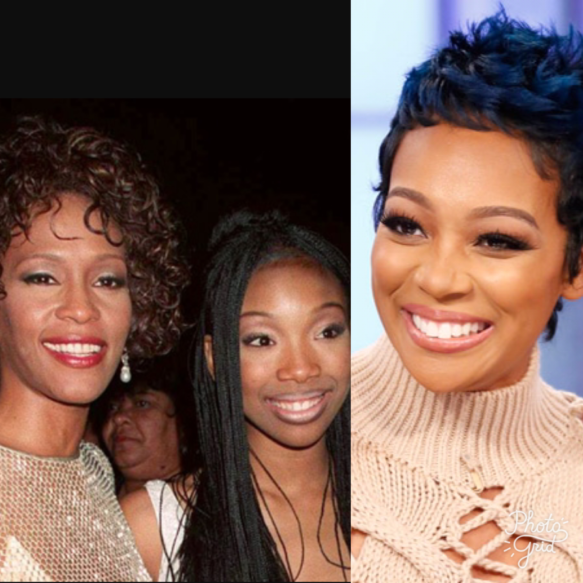 Today would have marked Whitney Houston’s 54th birthday and celebrities from across the county have spent the day sending their birthday wishes and memories to the late legend. This included a tweet from Monica with a black and white picture and caption stating “Happy Heavenly birthday Nippy… You still inspire many and touch hearts daily… You will forever be the greatest… You will forever be missed”. That was a nice little birthday tribute to one of the greatest. So a couple of hours later Brandi posted a birthday wish of here own, and that’s when things went south.

Brandy who had a history with Whitney, posted a collage with pictures of the two on Instagram and a caption that drew a lot of negative attention on twitter. “Lord have mercy on my soul!!! Happy Born Day Whitney. You live on in me… I can feel your Spirit inside of me and all around me. My angel, my friend, my fairy God Mother. I love you forever… thank you for trusting me with the torch!!! I remember every moment with you and I and I will cherish these miraculous moments forever and ever! I love you…. 8/9-2/11 #WhitneyHouston.” This was Brandy’s caption in memory of the late great artist.  That’s what sparked it to go down like That Boy Is Mine, with Brandy and Monica’s fans going at it. 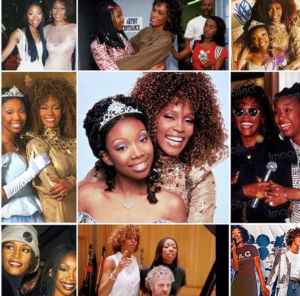 Monica’s fans felt as though Brandy was making it all about her and being self-centered. Brandy’s fan quickly came back pretty much saying only one of the two ladies even really knew Whitney. I guess that makes sense, after all, she was Brandi’s Fairy God Mother in Cinderella… That counts for something. Oh and she was Brandy’s lil brother’s alleged lover. Brandy was upset that Monica did not check her fans and make them stop with the post.

“Come get your hating ass pigeons and put them in their place the way I did for you when the stars was out-of-place. They’re low-key Brandy fans anyway… always lurking and always creating new pages talking to Me. I’m not to be F–ked with today! If this was rap or hip hop you would be praised for speaking your mind but since it’s rnb you have to take the so-called high road… well because I can rap just look at this as my high road.”

So far Monica has not responded, and hopefully she will let this rest. These are two very  talented artist and its sad to see them feuding, especially over someone we all loved. Whitney is an artist that will forever live in all of our hearts no matter if we personally knew her or not and she will forever be missed. 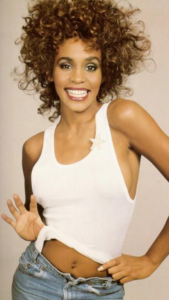