Ciara is having a #BabyRussell ! 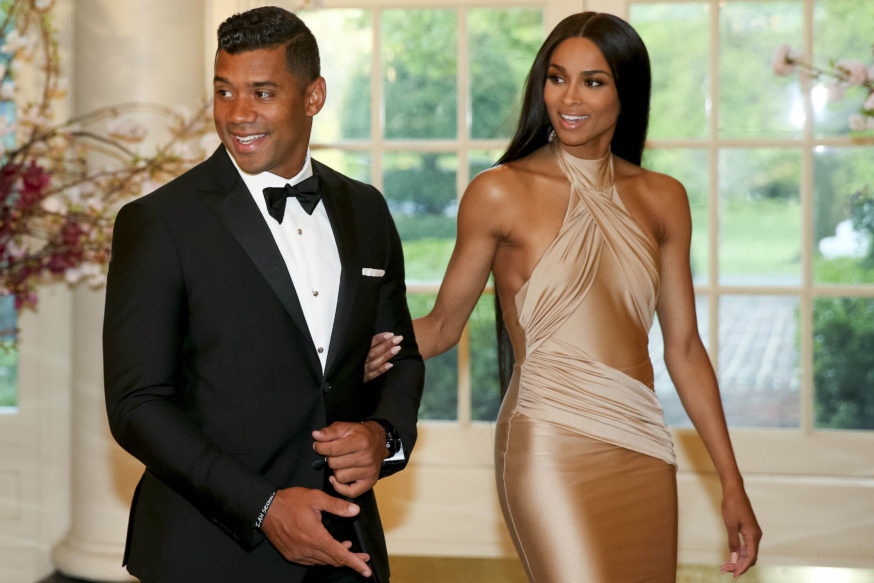 Ciara and Russel are finally making their own family !! In an interview on ESPN last week the Seattle Seahawks player announced it during an interview. The tabloids had a frenzy when Ciara mentioned in an interview that they hadn’t had intercourse and she probably wasn’t going to have sex with the pro athlete until after their marriage. Shortly after, Wilson put a ring on it and the rest is history.

“I was telling [quarterbacks coach] and some other people, If I ca just be half the dad that my dad was to me, I’m doing something pretty good. So I just think constantly loving and constantly being there. I am a stepdad too, so it’s the same thing there. You just love unconditionally, love at all costs.”

There were a bunch of speculations that the singer was pregnant but she posted their baby bump on her instagram feed and confirmed it all.

Take a look at the loving couple below.

On this special Birthday I received an abundance of love from friends and family.. and I'm excited to Finally share one of the Greatest Gifts of All that God could give… 👶🏽🍼💃🏽☺️❤️