Cardi B and Offset Spill The Tea! 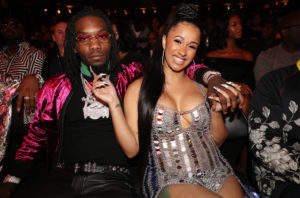 Being in the spotlight as a celebrity and having any kind of privacy is a hard act to juggle, but it seems that Cardi B and Offset still found a way to keep at least some parts of their personal lives away from the public eye.  Cardi B is one of the hottest female rappers out to date and Offset is one third of the rap group Migos.These two have not been really secretive throughout their relationship, so it was a little shocking to hear that they are already married!

Offset and Cardi B were engaged last October in front of hundreds of fans during one of Cardi’s concerts. Offset took to the stage and dropped down on one knee to who we thought was his girlfriend at the time, but to our surprise, Offset dropped down on one knee to his already wedded wife! Cardi speaks on the actions of her husband stating “I appreciate and love my husband so much for still wanting for me [to] have that special moment that every girl dreams of when he got down on his knee and put a ring on my finger and he did that for me!!” Cardi went on to state that when the two tied the knot there were no guests expect one, no rings, no dress, and no make up in Offset’s hometown of Atlanta in September 2017.

It was due to Offset’s acceptance speech that raised questions that the two were already engaged when he thanked his wife at the BET’s Awards Ceremony held this past weekend. Cardi then followed up with a confirmation of their marriage via Twitter. Cardi also shared within her confirmation tweet that her album Invasion of Privacy, that has already been certified gold, had more than creative thinking play into naming the album. She states “This why I name my album ‘Invasion of privacy’ cause people will do the most to be nosey about your life.”  Well, we can’t say she doesn’t have a valid point there. Some may tend to forget because of Cardi’s “hard” demeanor that after peeling back those layers, there is a woman who wants to be loved, appreciated, and intimate with her better half. Cardi is like many women on the planet when it comes to these particular wants/needs. I believe this is also why Cardi’s fan base is crazy supportive! It’s because she’s relatable, she’s real, and she’s never been ashamed to live in her truth unapologetically.

“There are so many moments that I share with the world and then there are moments that I want to keep for myself,” she added. “Getting married was one of those moments!” Cardi B did not get married to Offset, Belcalis married Kiari September 20, 2017 and keeping it intimate during an unforgettable moment most likely made it more special!

Congratulations to these two love birds on not only finding happiness but redefining Love & Hip Hop on their own terms! 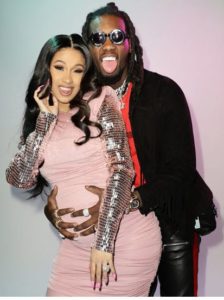