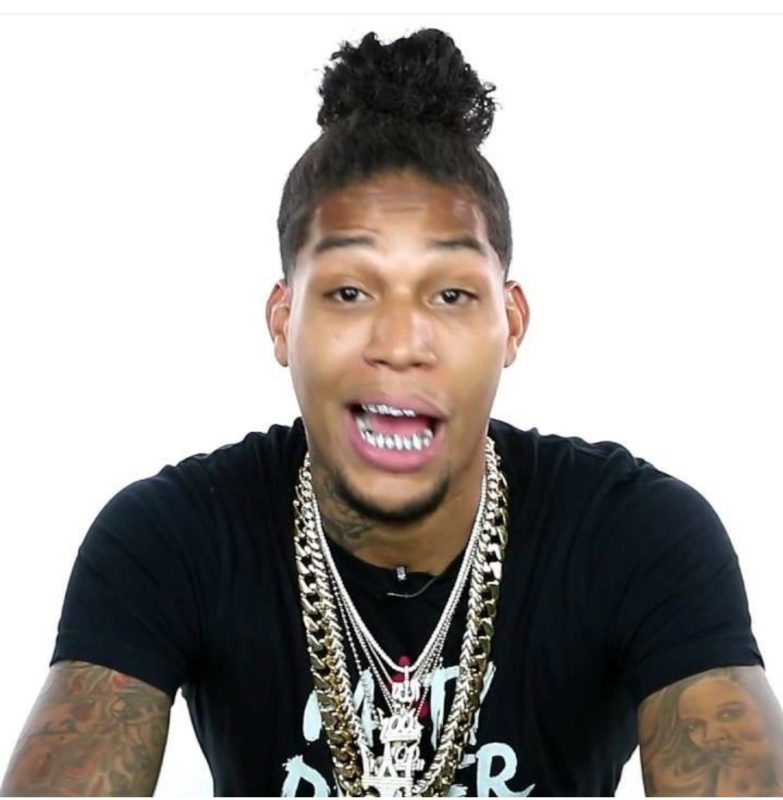 Mazi, whose real name is Jabril, was standing outside of his car when the assailant(s) approached & shot him.

Mazi was eating at Waffle House the morning of Tuesday, Dec. 27 when a gunman shot him in the arm, WSB-TV Atlanta report.

Mazi said God made him bullet proof in a tweet that was later deleted.

Mazi’s attorney Mark Issa told Fox 5 his client was sitting in a booth with friends when he was shot.

“We go to Waffle House to get a greasy meal, not get shot up,” Issa told Fox 5.

Mazi was taken to Piedmont Hospital after the shooting.

“I didn’t see anything,” Mazi told Fox 5. “I was in there for 3-5 minutes and was about to order the All Star Special when bullets started flying. I think the shooter was a customer inside. My friends and I were just trying to get some food after a night of making music.”

Mazi told Fox 5 he’s been shot over a dozen times.

“Being shot…it’s the worst pain in your life,” Mazi said. “What people don’t understand is that type of pain sticks with you forever.”

Mazi was shot three times in November 2015. The Atlanta native posted a video of himself while still hospitalized.

“Everything good,” he said. “I just got shot three more times. …I done got shot 10 times.”

Mazi posted fiery messages aimed at his shooters onto his IG account.

“I #DoitforMUCHO I ain’t worried bout the #ENVY #JEALOUSY #HATE #ALLAHGOTME @muchodaboss #GOTME I STAY STRONG CAUSE OF PRAYER #BWA,” the captions on his posts read.

Yung Mazi was shot in the head in a past shooting incident. A bullet that struck him in the head left him temporarily brain-damaged, according to yungmazckp.com.

“When the bullet hit me in the head, it greatly affected me. I had to learn how to read, write and speak all over again,” he said. “I’m still not 100 percent right. I tried doing my daughter’s elementary school homework and it was hard. I couldn’t count money. My brother had to send to text messages for me from my phone. It was deep.”

Yung Mazi told DJ Smallz Eyes during an interview he keeps getting shot because “people don’t like real dudes.”