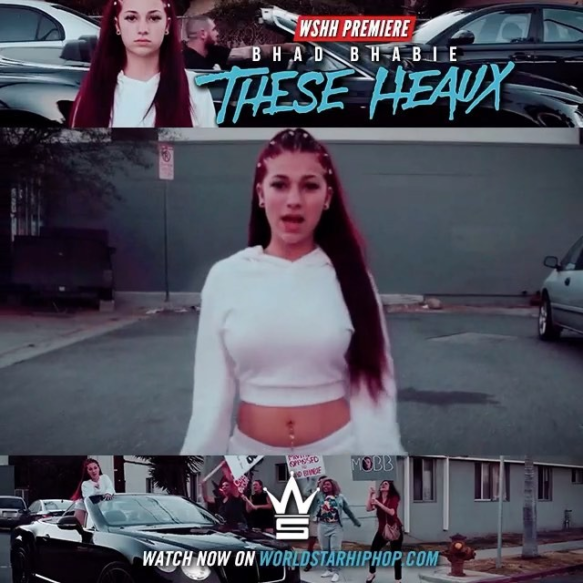 Bhad Bhabie aka “Catch Me Outside Girl”  dropped her first music video to her single “These Heuxs” just one week after the single’s audio was leaked. Danielle Bregoli who went viral and  became famous after appearing on Dr. Phil has now joined the list of female rappers. To some the music is comical, to others it may be catching. We will let you be the judge. This is a 14-year-old girl rapping about “the heaux” that are hating on her.

Bhad Bhabie’s video got over 2 million views in one day. So people are obviously interested in her music. In the video she is riding through a neighborhood in the back of a Maybach. It is highly speculated that there is shade being thrown Kylie Jenner’s direction in this single.

The video in its entirety can be seen at www.worldstarhiphop.com