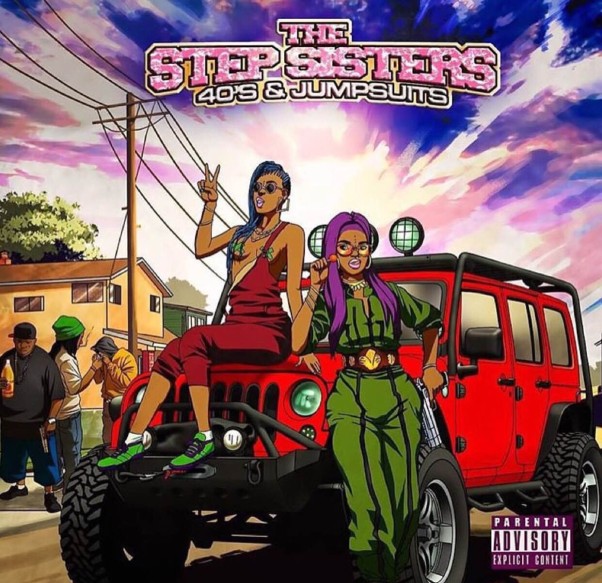 Keeping the culture of real rap alive for the Pretty Hustlaz in the game has been The StepSisters!  A female rap-duo based in Miami, FL with a niche for 90’s fashion and eccentric hairstyles.  Music and fashion fuse together better than any other entertainment culture.  In South Beach the two are almost inseparable. Coined for their famous hairstyles, one with blue hair and the other with purple, they have made their way above the ranks of other female MC’s with their intriguing lyrics. 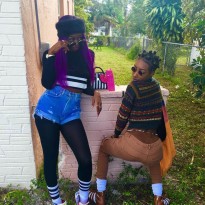 Rhyming about their life, their fashion, and their dab, they influence others to do what makes their souls happy and encourage people to be themselves.  They defy the rules of fashion with prints and colors and rock their videos with concepts that others would never dare try.  They have been recieveing phenomenal praise from sites like 24HourHipHop.com and Vibe magazine for their work. 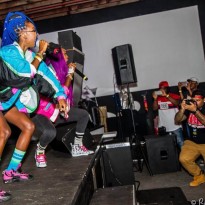 In their video “Dope Bitch” shot in Miami, they are standing on top of cars, on top of pay phones, black lights, fire, graphics, and more!  The visuals enhance the element that the song engages you in while nodding to their sublime pulse.

It doesn’t stop there, the graphics for their most recent projects and single covers have blown listeners away before they even let the tunes sink into their temples.  40’s and Jumpsuits is their most recent album with 11 songs for their fans to indulge.  Filled with 808’s and dope lyrics, If you love real hip-hop, you will love this album.  Get it on iTunes today! 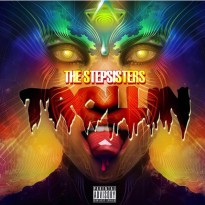 Follow The StepSisters on social media to keep up with their new music and where you can see them perform your favorite songs next!