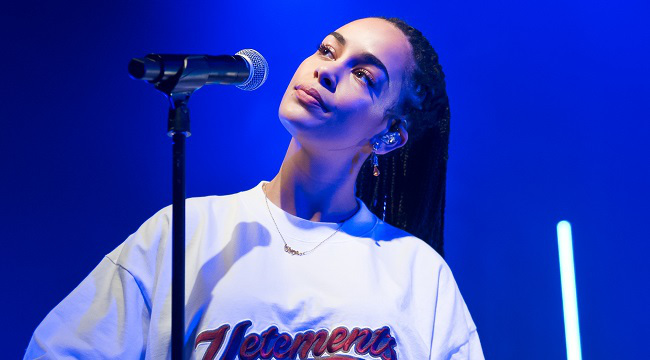 When I hear people say “There is no good music these days” I’m often confused. As an avid music lover with a special place in my heart for 90’s R&B, I find myself going back to visit all of my favorite 90’s hits. However, I am also aware that there are tons of new & upcoming artist pushing out quality music. Nostalgia is great but there are plenty of people coming hard with fresh new sounds.  I’m sure we all have noticed that the radio doesn’t do a very good job of introducing us to all of the new and good music out there. With very little effort you can find good tunes for every mood.

With that being said, Jorja Smith is someone every music lover should get to know. She simply can’t put into one genre. Her voice and style is in a league of its own. Jorja is a British singer that like many promising artists got her start on Soundcloud. The sultry singer introduced herself to the world with her single “Blue Lights” back in 2016 while working at Starbucks. She since has released a powerful video for Blue Lights that highlights police brutality against black and brown people.  Later in 2016 Jorja released her first EP, Project 11. Needless to say Jorja isn’t an artist that just appeared. She’s been putting in work releasing impeccable, meaningful music for a few years now. Jorja can also be heard on Drake’s More Life and The Black Panther EP.

Last month Jorja announced her Debut album would be released June 20th. The album will include previously released tracks “Blue Lights”, “Teenage Fantasy” and “Where did I go”. Surprisingly a new track from the anticipated album dropped  entitled “February 3rd” just in time for the long holiday weekend. It is available everywhere you stream music.  With that being said what do you think? Are you familiar with Jorja Smith? Are you excited for her new album? Sound off below!